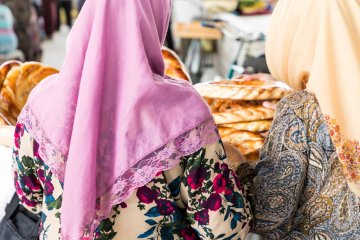 The Directorate of Religious Affairs in Turkey reportedly issued a fatwa on Christmas Day stating that if a man sees his wife as a mother or sister, the man will be considered to be separated from his wife.

The fatwa is an authoritative opinion, although non-binding, and the institute, known as Diyanet, does not have the authority under Turkish law to issue a divorce. Under Turkish civil code, it is the civil courts of Turkey which may issue a divorce to a couple. Deputy Prime Minister Fikri Isik stated that the Diyanet’s rulings “should be evaluated not in accordance with the constitution but on compliance with religious principles”, and whether to follow the religions opinions or not is a decision individuals themselves will make.

Diyanet has previously issued fatwas on a range of issues such as hair dye for men, purchasing lottery tickets, and bitcoin, all of which are considered to be inappropriate under Islam. Diyanet had reportedly issued a fatwa earlier in December stating that a husband may divorce his wife by sending her the word “talaq” (“I divorce you” in Arabic) via “fax, letter, text message” or by saying it over the phone. This practice is a form of Islamic divorce that allows Muslim men to divorce their wives by repeating the word “talaq” three times, including via Skype and Whatsapp.

Indian Muslim women have been left “destitute” by husbands who have divorced them by practising the triple talaq. This practice has been subject to debate in India, with a bill criminalising the use of the triple talaq finally being approved in late December 2017. Congress has been accused of attempting to delay the passing of the bill with Union Minister Anath Kumar alleging that the opposition come up with daily excuses to prevent its passage. India is one of the largest Muslim populations in the world and has been slow to bring an end to the triple talaq. The practice has been banned in Pakistan and Indonesia for many years. On the subject of the bill, Amit Shah, President of the Bharatiya Janata Party, tweeted that it “will bring a new era of hope and respect in the lives of Muslim women”.