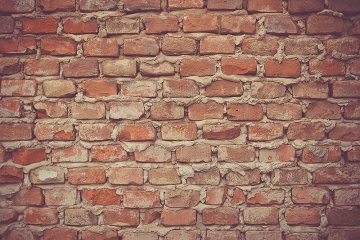 A Russian divorce court appears to have take the notion of 50/50 division of assets on divorce rather literally - ordering a wealthy couple to build a brick wall to split their matrimonial home in two.

Ms Margarita Tsvitnenko, a former accountant, shared a £2 million mansion located in the affluent Moscow suburb of Rublyovka with her entrepreneur husband Sergey. After their relationship broke down, a family court ruled that their assets should be divided equally. However, instead of ordering the former couple to sell the property and split the profit, the court ruled that a partition must be constructed through the middle of the home, creating two separated residences.

Speaking to the Russian newspaper Komsomolskaya Pravda, Ms Tsvitnenko claimed that a court expert visited the property in order to determine how to split the rooms. However, this exercise proved inadequate when Ms Tsvitnenko’s friend allegedly became trapped on the second floor, and it became clear that the only staircase was blocked off on the husband’s side of the property. The friend was forced to rely on emergency services to facilitate her escape.

Ms Tsvitnenko branded the experience "some kind of weird farce", and the case certainly has elements of life imitating art. In 2015, a Youtube video which appeared to show a man taking a set of power tools to his matrimonial assets and sawing his and his wife’s precious possessions in half went viral. The video was later revealed to be staged - a clever marketing ploy by Deutsche Anwaltauskunft, an information site and online magazine for the German Bar Association to warn people against failing to get decent legal advice on divorce.

According to Ms Tsvitnenko, the builders failed to heed a court order which allowed her more time to build her own staircase. However, a court official present during the wall’s construction allegedly told her that her "former husband was free to do anything he wanted in his half of the house."

Perhaps all of this could have been avoided if the former couple shared a house better suited to being split in two, such as the one designed by Dutch architectural firm Studio OBA, which can separate in half if its occupants end their relationship. Unfortunately, such an elegant solution isn’t on the cards for Ms Tsvitnenko, who will have to apply for a new court order to regain access to to the upper levels of her home via her husband’s staircase.

Divorce, heartache and health: facts and myth
This site uses cookies. Find out more. Continued use of this site is deemed as consent.   CLOSE ✖