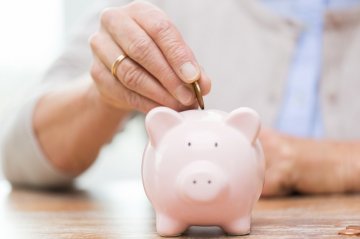 In a final break with the lugubrious era of Charles Dickens, the Trusts (Capital and Income) Act 2013 came into force on 1st October.

Before this new law, trustees were restricted in how they invested and accounted for certain assets, with the noble intention of protecting the beneficiaries’ rights.

The idea was that any income earned had to be paid to the ’income beneficiary’: the person or organisation who was entitled to income for life. In practice, however, this meant that such money was ringfenced. These rules were also very complicated to enforce and were routinely excluded in most professionally-drafted wills and trusts because they created needless expense and practical difficulties, including having to work through complex calculations.

The problem for charities has historically been the lack of flexibility when they receive large regular endowments of income, which have to be used that year, rather than put in a pot to set off against losses, or used in any other way the charity deems appropriate; for example, as part of a total investment strategy. Charities are the key type of organisation here: generally speaking, companies do not have these endowments or gifts in the same way that a charity might do.

Up until now, charities that receive permanent endowments had been required to treat any increase in the value of the capital as an addition to that capital and were thus required to spend any income generated. The Trusts (Capital and Income) Act 2013 will aid trustees who have previously had to distinguish between ’capital’ and ’income’, when managing assets belonging either to a charity or a private trust. Now, they will be able to treat capital appreciation in the same way as income, without having to obtain the approval of the Charity Commission.

There will be two immediate effects of the new legislation. Firstly, permanently endowed charities will now be able to adopt a total return investment strategy to set off the income against capital losses. Secondly, trustees who receive shares in a demerger will now be able to split these shares between income and capital beneficiaries.

The new Act has the effect of streamlining the trust process for charities; it allows trustees greater flexibility in managing funds and to maximise the return on trust assets. This should help reduce the cost of trust administration and increase the amount distributed to beneficiaries: a welcome antidote to the administrative inconveniences suffered by Pip in Great Expectations, or the all-consuming financial abyss of Bleak House’s Chancery suit, Jarndyce v Jarndyce. These changes will allow trustees to operate in the grown up world of the third millennium.

High court upholds will in favour of handyman
This site uses cookies. Find out more. Continued use of this site is deemed as consent.   CLOSE ✖