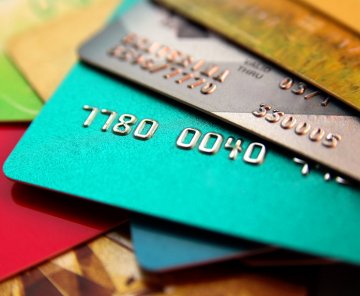 Trinny Woodall, the star of the early 2000s BBC programme What Not to Wear, is being pursued beyond the grave by her ex-husband’s financial troubles. Creditors who are owed almost £300,000 by the late Mr Elichaoff have decided to take their case to the High Court to make his ex-wife settle the debt.

Ms Woodall, 52, married rock drummer Johnny Elichaoff in 1999, but they divorced in 2009 on the ground of two years’ separation. They had a daughter together and the pair parted ways on relatively good terms.

In the divorce settlement, it was agreed that Mr Elichaoff would pay Ms Woodall £24,000 a year in maintenance and repay the £1.4m that she had lent to him over their marriage. However, Ms Woodall never saw a penny of these costs because, having struggled with a painkiller addiction and depression over his financial situation, Mr Elichaoff committed suicide in 2014. It was later discovered that, unbeknownst to Ms Woodall and the court, Mr Elichaoff had been officially declared bankrupt only nine days before the divorce was finalised. As a result, the 2009 divorce settlement was invalidated earlier this year.

According to the Telegraph, the trustee in Mr Elichaoff’s bankruptcy, Ian Robert, is now claiming that Ms Woodall is responsible for paying Mr Elichaoff’s £285,000 debt and legal bills. Much of the sum is owed to Westminster School for unpaid rent of an apartment. A High Court registrar initially dismissed the case, but the ruling is now being appealed making it the first time in 200 years of divorce law where a trustee in bankruptcy has taken on the case of a deceased spouse.

Mr Robert, in an urge to settle Mr Elichaoff’s financial troubles, wants to “step into his shoes” in order to oblige Ms Woodall to pay his debts. His barrister, James Pickering, argued that Ms Woodall should have been paying Mr Elichaoff spousal maintenance rather than the other way round. This is because at the time of the divorce, while Mr Elichaoff was weighed down with debt, Ms Woodall was on a six-figure salary. However, Ms Woodall’s barrister, Caroline Hely Hutchinson, told Judge Robin Dicker QC that the claim was “factually outrageous”, especially as most of the debt was accrued post-separation, and did not take into account the £1.4m that the deceased owed Ms Woodall. Mrs Hutchinson also said that the claim unfairly targeted a single mother who was entirely responsible for her child’s pastoral and financial support.

The fashion guru, distressingly entangled in the personal drama of her ex-husband, is currently in a relationship with the millionaire art collector Charles Saatchi. Judge Dicker has reserved judgment until a later date so we will have to wait to see if this unprecedented claim holds any weight in a court of law.

Islamic porch-step divorce ruled bogus by Australian court
This site uses cookies. Find out more. Continued use of this site is deemed as consent.   CLOSE ✖