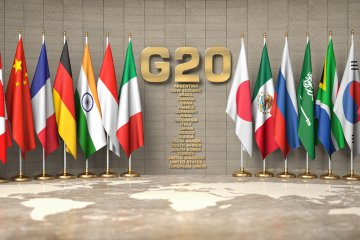 Thomas More, the 16th century philosopher and statesman, and author of Utopia, argued that the law should be made simpler so there would be no need for lawyers at all.

Following the summit of the G20 leaders on 15 and 16 November 2014, the group issued a declaration. This included a statement endorsing a set of core principles on the transparency of beneficial ownership of structures such as companies and trusts.

It was Thomas More’s ideal that divorce should be made easier. However these idealistic principles could have a huge impact on both divorce cases and estate planning for high net worth individuals, and make them anything but easier.

The principles set out a number of requirements for countries to apply to entities such as trusts, companies and financial institutions including the need to:

– Have a definition of ’beneficial owner’ that encompasses the natural person who ultimately owns the legal person or arrangement.

– Ensure that trustees of express trusts keep adequate accurate and current beneficial ownership information, including information about the settlor, protector (if any), trustees and beneficiaries.

– Ensure that relevant authorities exchange information on beneficial ownership with those of other countries.

– Tackle arrangements that limit transparency, such as prohibiting the ongoing use and creation of bearer shares, and ensuring that nominee shareholdings and nominee directorships are not misused.

These principles seek to help the countries collect taxes, and hopefully lead to greater equality of distribution of wealth. However the offshore jurisdictions which hold much of the wealth of the world’s richest people, are not part of the G20, and it would certainly not be in their interest to follow such principles. Indeed, many of the wealthy people using these structures would argue that it is because they seek to avoid corruption and regime change that they need such trusts to protect their wealth.

It would certainly help those who are seeking a divorce, and who do not hold assets in offshore structures, to find out about their spouse’s assets.

Mythbusting the care home fees cap
This site uses cookies. Find out more. Continued use of this site is deemed as consent.   CLOSE ✖