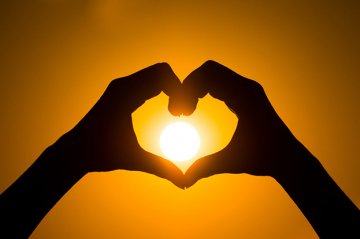 According to an annual survey of family lawyers, falling out of love was the top reason for divorce in 2010.

This is the first time that extra-marital affairs have not topped the list of break-up reasons.

The study also found a strong desire amongst respondents for new laws to protect cohabiting couples, as well as legislation to make prenuptial agreements legally binding.

At Vardags, these results are echoed in the reasons that people give for splitting up. Most of our petitions are behaviour petitions. It is often called ’unreasonable behaviour’. Which is just that: behaviour that one cannot reasonably be expected to live with, and which can be worded in a non-confrontational way.

As we do not have no-fault divorce in England, divorcing couples who want to remain amicable must put through a relatively inoffensive petition, citing reasons such as, ‘he became sort of distant’ and ‘she was offensive about my mother’. This is seen as the most consensual, least confrontational way you can currently have a divorce.

Today, adultery is a less common reason for marriage breakdown. People are feeling freer to move away from each other, without dramatic cause. If a relationship is not working, many people feel that it is better to move on, and it may not take infidelity to trigger that.

There have been some changes in divorce law, which has made divorce easier. Many debate whether this has made people less willing to make a go of marriage when it hits the rocks. It is undecidable whether making the procedure of divorce any more difficult would make a difference. From the perspective of family lawyers – with a real eye to try to avoid conflict and unpleasantness in families, especially for children, an easier divorce process is likely to be less traumatic for all concerned. Once people have reached the point where they cannot live with each other, and a decision has been made, surely it is better to move forward without having to go through a costly and potentially acrimonious split in relation to the divorce proceedings? Admitting irreconcilable differences is better than denigrating each other.

5 red flags that your relationship could be over
This site uses cookies. Find out more. Continued use of this site is deemed as consent.   CLOSE ✖