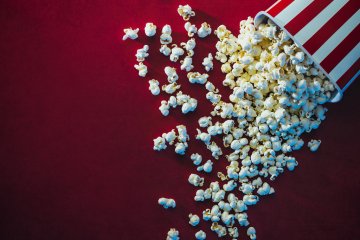 Hollywood star Tom Cruise has hit back at widely-circulated reports that he has spoken out about his recent divorce from Katie Holmes.

Media outlets as diverse as The Sun and MTV online had run stories about Tom Cruise supposedly opening up about the divorce to German TV network ProSieben. However, it has since been confirmed by one of Cruise’s representatives that the quotations pertaining to the divorce were in fact fabricated by German tabloid Bunte.

The quotations that were falsely attributed to Tom Cruise included him stating that he “did not expect” the divorce, and that “Life is a challenge. You are 50 and you think you have everything in order and suddenly it hits you — that’s what life is all about.”

More philosophically, Cruise was also quoted as saying: “Life is a tragicomedy. You need a certain sense of humour.”

Actress Katie Holmes, who is best known for her starring role in the late 1990s teen drama Dawson’s Creek and her supporting role in Batman Begins, filed for divorce from Cruise in June 2012 after nearly six years of marriage. Their divorce was finalised in August 2012.

The couple has one daughter named Suri, who celebrated her seventh birthday this April. Cruise also has two children that he adopted with his ex-wife Nicole Kidman, named Isabella, 20, and Connor, 18.

He did discuss his children in the ProSieben interview, stating that he would support them if they decided to follow in their parents’ footsteps and enter show business: “Suri, Connor and Isabella have grown up on movie sets… the door is always open for them,” he said.

The divorce from Katie Holmes was Cruise’s third. His marriage to Nicole Kidman ended in 2001, while his first marriage, to actress Mimi Rogers, lasted two years and ended in 1990.

Ayesha talks prenups on Radio 5 Live
This site uses cookies. Find out more. Continued use of this site is deemed as consent.   CLOSE ✖