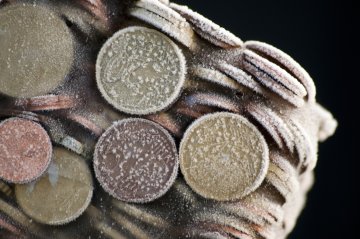 In the case of Tobias v Tobias EWFC 46, Mostyn J took the opportunity to provide some guidance regarding applications for freezing orders, particularly in regards to which court should hear them and when they should not be brought at all.

The case involved a husband and wife, Mr Anthony Tobias and Mrs Lindsey Tobias. On 31 May 2017, Mr Tobias made an ex parte application for a freezing order to the out-of-hours High Court judge, Keehan J. He told Mostyn J that he took this course of action because he was advised to do so at the Family Court at Luton, but was not able to explain what was so urgent so as to require the use of the High Court out-of-hours service. Keehan J declined to make a freezing order and instead listed Mr Tobias’ application for 7 June 2017 before the urgent applications judge, Francis J.

Commenting on the procedural aspects of the case, Mostyn J observed that Mr Tobias’ witness statement in support of the application was defective in that it failed to specify that the property concerned, the family home, was already heavily charged in favour of various creditors. It also stated that Mr Tobias had filed a petition at Bury St Edmunds which was waiting to be issued. After the judgment, it was clarified that such a petition had not actually been received by the court. Furthermore, the draft injunction order that Mr Tobias sent to the court by email on 5 June was treated as an application for a freezing order and sealed, although it was not an application in its proper form.

Francis J did not make a freezing order during this hearing but rather adjourned the matter to be heard inter partes by Hayden J on 15 June 2017. On this occasion, the court recorded that Mrs Tobias gave an undertaking not to dispose of "any of the marital assets", meaning the family home. Hayden J, having recorded this undertaking, directed that the matter be determined finally before Mostyn J.

Which court should hear freezing applications?

Mostyn J held that, in a money case, it is impossible to conceive of any circumstances where an application for a freezing order should be heard in the High Court, rather than the Family Court.

In considering the two sources from which the power to grant freezing orders are derived, Mostyn J noted that proceedings to freeze assets in divorce cases should ordinarily be brought by way of applications under s37 of the Matrimonial Causes Act 1973 to the Family Court, rather than relying on the inherent jurisdiction of the High Court. Mostyn J concluded that the Family Court has full jurisdiction, and that an application should only be determined there. He deemed it “unlikely that there exists any further residual power pursuant to the inherent jurisdiction of the High Court or otherwise”, citing his own decision of L v K Fam 35 (paragraph 14).

Mostyn J further held that, per the Family Court (Composition and Distribution of Business) Rules 2014, a freezing order may be made at any level of the Family Court above the lay justices.

When is it appropriate to approach a High Court judge?

Should the application be heard ex-parte?

Referring to his judgement in L v K , Mostyn J noted that he had already set out the principles that needed to be applied for an application to be heard ex parte. The judge also drew attention to the President’s Guidance concerning ex parte orders generally, particularly paragraph 7, which reads as follows:

”I remind all practitioners and judges of the principle which applies to all ex parte injunctive orders made by the Family Court or by the Family Division, irrespective of the subject matter of the proceedings or the terms of the order, that a without notice application will normally be appropriate only if: (a) there is an emergency or other great urgency so that it is impossible to give any notice, however short or informal, or (b) there is a real risk that, if alerted to what is proposed, if tipped off, the respondent will take steps in advance of the hearing to thwart the court’s order or otherwise to defeat the ends of justice”.

Mostyn J explained that the concept of ‘emergency’ could include situations where children were about to be removed from the jurisdiction, or where a medical procedure needed to be authorised.

He emphasised that the emergency out-of-hours judge will be hearing the matter by telephone and will only have one or two pages of material concerning the case. Mostyn J concluded that he found it virtually impossible to conceive of any circumstances in a money case where the out-of-hours service would be appropriate, save for situations where there was strong evidence of the imminent transfer of a substantial sum of money from the jurisdiction and into a safe haven, or if there was strong evidence that a contract was about to be signed. Mostyn J concluded that only “a drama of that magnitude” would justify approaching the emergency out-of-hours judge.

In the case at hand, the judge concluded that there was no such urgency; Mr Tobias had already frozen the property by the imposition of his home rights charge on 19 December 2016 and Mostyn J was not convinced that he satisfied the requirement of full candour when he made his application. He concluded, therefore, that the application was substantially and procedurally defective. As future guidance, Mostyn J held that applications for freezing orders must be made to the Family Court at district judge level, unless the criteria in the Efficiency Statement to which he had referred justify it being heard at High Court judge level.

To learn more about freezing injunctions, take a look at our divorce guide.

Same as a without notice hearing.

An order of the court typically made without notice, preventing one party from disposing of their assets.

The effect of bad behaviour on divorce proceedings: a look at conduct in R v B and Capita Trustees
This site uses cookies. Find out more. Continued use of this site is deemed as consent.   CLOSE ✖