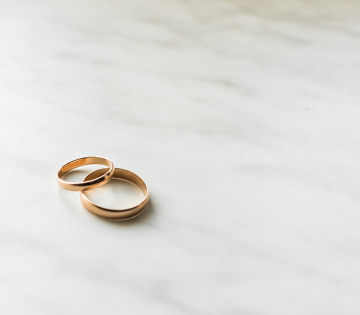 A year ago this month, the 2013 Grant Thornton Matrimonial Survey was published in its tenth edition. It was notable because the leading concern for the family lawyers who served as respondents for the survey – for the first time since 2008 – was the increase in litigants in person (24 percent) due to a lack of public funding. This is unsurprising as, due to government cuts, many people have been left with no option but to represent themselves in legal proceedings, whereas before they would have been able to apply for funding to pay for their legal representation. A year on, not much has changed.

There is now greater demand than ever for a vast overhaul of the resources and information made available to individuals who are now forced to navigate their way through the English legal system alone. However, it also demands an examination of our current fault-based divorce law, which arguably goes against the demand for a swift and amicable divorce procedure.

Family lawyers were asked in Grant Thornton’s survey what they would most like to see change in legislation and in first place for 24 percent of the respondents was the introduction of the no-fault divorce. This reflects the unimplemented part of the Family Law Act 1996 in the year when the idea of a no-fault divorce was first proposed by John Major’s government.

Currently there is a single ground for divorce in England and Wales, which is the irretrievable breakdown of the marriage, but this must be supported by one of five facts: adultery, unreasonable behaviour, desertion, two years’ separation with consent or five years’ separation without consent. Many people choose to file fault-based petitions because they do not want to have to wait two years to get divorced. However, this forces couples to start their divorce in an unnecessarily confrontational manner when they would otherwise seek to preserve their relationship as much as possible; where there are pre-existing tensions, it can only serve to inflate matters further.

In France, by comparison, it is possible to get divorced “by consent”. This means that if a couple can reach an agreement on matters then a divorce can be relatively quick, easy and cheap. Many marriages fail without blameworthy conduct from either party and a no-fault divorce enables these individuals to move on with their lives, having recognised the breakdown of their marriage, instead of focusing on past irreparable events.

Another interesting part of Grant Thornton’s survey is the reason for marriage breakdown. In 2011 the survey reported that for the first time “growing apart” and “falling out of love” had become the main reason, overtaking extra-marital affairs. The trend continued in 2013 with 29 percent of respondents citing growing apart compared to 24 percent citing an extra-marital affair. These results suggest that the introduction of a no-fault based marriage could have a large impact on assisting with the preservation of relationships between individuals after divorce.

Given the wide support of professionals for a no-fault divorce system in England and the financial restraints on funding for family matters, the government is under increasing pressure to revisit the possible change to the legislation in this country.

For more information about the divorce procedure, click here

Compensation in divorce proceedings: Part 1
This site uses cookies. Find out more. Continued use of this site is deemed as consent.   CLOSE ✖