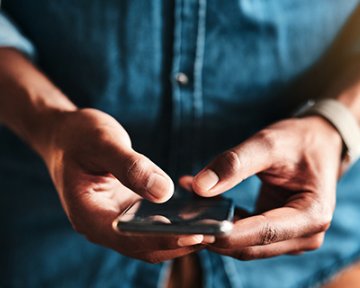 Differing generations are often marked by characteristic turns of phrase. For those deemed “baby boomers”, well-trodden epiphets such as ‘make do and mend’, or ‘waste not, want not’ have become a sort of identifying mark, expressing a dominant cultural idea of the time. While older generations may be associated with a sense of frugality, their younger counterparts have developed a drastically different reputation.

With most mobile phone companies providing free or low-cost upgrades after a two year period and clothing stores selling cheap items not designed for years of wear, millennials are part of what has been termed a ‘throw-away’ culture.

So is being part of this temporal, materialistic culture something that impacts on attitudes towards marriage and divorce? Well, possibly. It certainly seems to be the case when we look at popular culture. As has been previously outlined, the concept of a ‘quickie divorce’ is an erroneous one, given that it can take over a year for a decree absolute to be issued, but even so, couples are still choosing to end their marriages after very brief periods of time. Kim Kardashian is the famous example, with her 2011 marriage to NBA player Kris Humphries ending (at least in the minds of the couple as well as the world around them) after 72 hours.

I’ve mentioned in previous posts that the divorce rate is highest for those who marry young, but there isn’t currently any research to suggest that this is because young people value their marriages any less than people who marry later in life. In fact, the research we do have shows that, in America at least, young people are becoming far less likely to enter into relationships, let alone marriages. With apps like Tinder making a ‘hook-up’ as simple as a swipe right, relationships are becoming commodified before they even reach the marriage stage.

But what about those who do marry? Pete and Becky, newlyweds in their early 20s, say the actions of people like Kim Kardashian have no bearing on their own marriage: “Our marriage is what we make it.” Pete tells me, “What other people do within their own marriages is no reflection on ours. If you start thinking like that you could say that domestic violence has tainted marriage for everyone, but it doesn’t work like that. We’ve made a lifelong commitment to each other, and we intend to honour it.”

Even though her marriage has come to an end, soon-to-be divorced Grace feels the same way: “No one enters into a marriage expecting it to end. If you’re stood in front of all your friends and family swearing ’til death do you part then you’ve really got to mean it. Looking back I know it wasn’t the right decision for either of us, but at the time it felt like it was, and I think that’s what’s important.”

Millennials, it would seem, are very self-aware. While they may be part of a throw-away culture, they’re not unconsciously so, which means making the decision to get married is even more of a leap than it has been for generations past. Hindsight may prove to be 20-20 but, for the most part, millennials who marry do so with with the same intentions of commitment as the couples that walked down the aisle years before them.