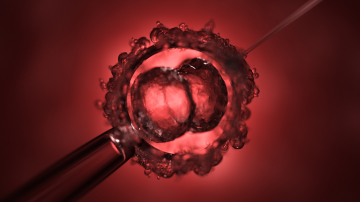 Eighteen months ago we reported on the proposals for legislation on so-called three-parent IVF. Now, the controversial regulations look likely to go before MPs in the next few weeks – certainly before the general election in May – the Independent has reported.

The Department of Health has confirmed the impending debate to the newspaper, even though there are still safety concerns. If MPs vote in favour of the legislation, the procedure could be carried out later this year as The Human Fertilisation and Embryology (Mitochondrial Donation) Regulations 2015 come into force on 29th October. It would make the UK the first country in the world to legalise the practice.

‘Three-parent IVF’ is the process by which the mitochondrial DNA of a woman who carries a hereditary disease is replaced with healthy mitochondria from a donor woman. It is sometimes referred to as ‘mitochondrial donation’ or ‘mitochondrial replacement therapy’.

The process offers hope for mothers who might otherwise be at risk of passing on unhealthy mitochondrial DNA to a child; this is because mitochondrial DNA is inherited maternally. Critics of the process are concerned that it represents a “slippery slope” towards the manufacture of designer babies and will be open to abuse.

However, the Human Fertilisation and Embryology Authority will assess each case individually and the assessment process will be rigorous. Also, mitochondrial disease is rare, affecting one in every 6,500 children; as such it is estimated that as few as ten cases a year could be approved. Children born using this method of IVF will not be able to identify the donor of the healthy DNA, which will account for less than 0.2% of the baby’s genetic material.

This news comes only a matter of weeks after it was announced that scientists in Cambridge have used skin cells to create primitive forms of artificial sperm and ova.

Cohabitation Rights Bill receives second reading
This site uses cookies. Find out more. Continued use of this site is deemed as consent.   CLOSE ✖