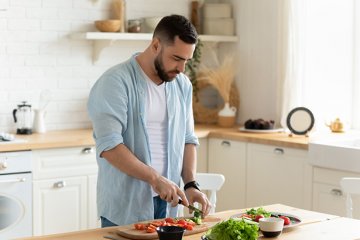 The financial proceedings in the case of Kirsten Turner and Rupert Nightingale have been a media favourite in recent weeks, and it’s easy to see why. The case involves a role reversal for husband and wife, with Ms Turner being a successful accountant and partner with PricewaterhouseCoopers – earning a reported annual salary of £420,000 – and the husband earning much less, by comparison, as a photographer.

Having been granted an award of a £300,000 lump sum and spousal maintenance of £50,000 a year back in 2010, Mr Nightingale is appealing the order because it requires the sale of the former matrimonial home: a handsome property in Wimbledon worth around £1 million. The award was also apparently calculated on the understanding that the husband would return to full-time work as soon as possible. His permission to appeal hinges on the fresh evidence that the wife has since purchased a four-bedroom property in the Battersea and Wandsworth area worth, reputedly, £1,325,000.

Mr Nightingale told the Evening Standard that he believed there to be an element of ’gender bias’ in the original award. In some respects, it’s a straightforward assumption: the idea of a female breadwinner, especially when the male in the relationship has more or less not worked during the marriage and is the economically weaker party, is still quite rare. While a greater parity of earning and labour division is more normal now that it has ever been, a complete role reversal is another matter. It could be argued that there’s still prejudice aimed at men who renounce career ambitions for a more caring role. The couple here have one child together.

However, the need to sell the matrimonial home is not unusual and spousal maintenance awards are often calculated taking into account the economically weaker party’s earning potential, if any. These sorts of issues are very much assessed on a case by case basis, however, so the facts of any individual case will be crucial. Mr Nightingale’s maintenance award was apparently calculated on the basis that he has an estimated earning potential of £36,000 per annum given his past work as a magazine picture editor.

Mr Nightingale is now in the process of arguing for an increase in maintenance to £85,000 a year in order to remain a house husband on ’at least a part-time basis’.

Whether or not this represents a trend remains to be seen. Other than the case of Tan v Choy, which was widely reported on last year, complete role reversals in divorce cases are few and far between. It could be that while traditional gender roles are shifting, that shift will be gradual and more subtle.

The accidental bigamist
This site uses cookies. Find out more. Continued use of this site is deemed as consent.   CLOSE ✖