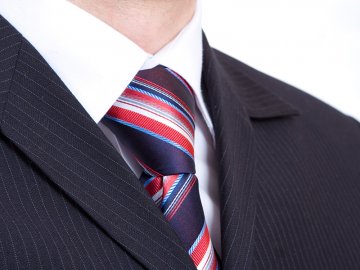 In R v R EWHC 4244 (Fam), the President of the Family Division, Sir James Munby, approved the continuation of an injunction intended to prevent a husband from directly or indirectly engaging in any business that competes with the family company, also run by his wife, of which he is a shadow director.

The injunction was originally granted in November 2013, as part of a freezing order, by Roderic Wood J. It restrained the husband from ’directly or indirectly engaging in any business that competes with a specified company (being the family company) or soliciting customers from, or attempting to sell, licence or provide the same or similar services to any customer or client of that company and so on and so forth’.

The wife alleged that the husband was, by working for another, different, business, deliberately competing with the family company, in order to depreciate its value, it being one of the matrimonial assets.

Munby J considered, however, that he should proceed upon the basis that there was a sufficient factual foundation for the wife’s concerns as to justify, in principle, the continuation of the injunction if, but only if, there was an appropriate legal basis for doing so. This legal basis was the primary focus of Munby J’s short judgment.

Injunctions are often brought under section 37(2) of the Matrimonial Causes Act 1973 (the ‘MCA’). This section is as follows:

“Where proceedings for financial relief are brought by one person against another, the court may, on the application of the first-mentioned person:

(c) if it is satisfied, in a case where an order has been obtained under any of the provisions mentioned in subsection (1) above by the applicant against the other party, that the other party has, with that intention, made a reviewable disposition, make an order setting aside the disposition.”

Understandably, Munby J noted that the injunction could only, with extreme difficulty, be brought within the language of that statutory provision. He did not consider this appropriate. As a result, the focus was not on section 37 MCA, but on section 37 of the Senior Courts Act 1981, which is the alternative provision under which injunctions are often sought.

The wife faced an obstacle here. As a matter of general principle, an injunction, if it is to be granted under section 37 of the 1981 Act (in contrast to section 37 MCA) can only be granted in the Family Division if the circumstances would, in principle, enable such an injunction to be granted in one of the other divisions of the High Court. There has to be, therefore, a cause of action in relation to which the injunctive relief is properly granted. There was no contractual or other basis arising out of an express agreement in relation to which it is said that the wife had some cause of action against the husband.

Brent Molyneux, who acted for the wife, produced what Munby J referred to as an “ingenious” solution to this difficulty. The husband had stated that he was a ’shadow director’ of the family company. As a result, Mr Molyneux produced an argument based upon the recent decision of Newey J in the Chancery Division in Vivendi SA & Another v Murray Richards & Another EWHC 3006 (Ch), in which the duties of a shadow director were analysed. Newey J’s conclusion in this regard was that “shadow directors commonly owe fiduciary duties to at least some degree” to the company of which they are the shadow director. Specifically, he was of the opinion that “a shadow director will normally owe the duty of good faith (or loyalty)… when giving… directions or instructions”, adding that “a shadow director can, I think, reasonably be expected to act in the company’s interests rather than his own separate interests when giving such directions and instructions”.

This argument resulted in Munby J considering his decision to be “straightforward”. Put simply, the husband was, on his own admission, a shadow director of the family company. As a shadow director of the family company, he owed fiduciary duties, one of which was a duty to act in the interests of the company, and not to act in his own separate interests. It would, therefore, prima facie, be a breach of his fiduciary duty for him to set up and operate a competing business.

Munby J acknowledged that the husband disputed that he was engaged in a competing business. Munby J noted that, if this was the case, then the husband had nothing to fear from the injunction because it applied only to a business that was in competition with the family company.

Munby J referred to the position as being “very simple”. The non-compete injunction should be continued. If the husband’s other company did not compete with the family company, then there was nothing in the injunction which in any way fettered the operation of that company. If it did compete, however, then Munby J considered that “it is right that there should be an injunction because by operating a competing business he is, for the reasons I have given, in breach of his fiduciary duties.”

Child Maintenance Service open to all new applicants
This site uses cookies. Find out more. Continued use of this site is deemed as consent.   CLOSE ✖