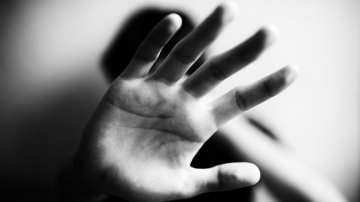 Clare’s Law, officially entitled the Domestic Violence Disclosure scheme, comes into force from March 2014. This scheme is named after Clare Wood, who was murdered by her boyfriend in 2009.

It is important to understand such a law, and to raise awareness about its effect. The law allows anyone who is worried about their partners’ past to have the criminal records of their partners disclosed to them. It helps avoid the negative consequences of situations where someone has met their partners online and come face to face with a carefully-crafted identity which in fact hides a violent past. Clare Wood, for example, met her partner on Facebook.

The law comes into force following its successful pilot schemes, conducted in four separate police force areas. The success of the pilot schemes allowed over one hundred people to gain information on partners who could have violent tendencies.

Clare’s Law is not without its critics. In essence Clare’s Law gives a name to powers that are already held by the police. The police hold common law powers to disclose information relating to previous convictions or charges to the public where there is a pressing need for such disclosure in order to prevent further crime. It may seem a petty point but there is also fair criticism that suggests that the feminine branding of such a law fails to take into consideration men who are victims of domestic abuse. Indeed, some critics have gone so far as to imply that such a one-sided gender branding of domestic violence encourages an attitude of shame and secrecy for men who are victims of domestic violence.

In a written statement to the House of Commons, Home Secretary Theresa May said:

"Domestic abuse shatters lives; Clare’s Law provides people with the information they need to escape an abusive situation before it ends in tragedy. The national scheme will ensure that more people can make informed decisions about their relationship and escape if necessary".

Charities that specialise in offering support for victims of domestic violence have responded to this statement with concern, citing the low reporting rates of domestic violence victims to the police and a fall in the number of cases referred for prosecution. The Crime Survey for England and Wales records a fall in the number of cases referred at 13%. This raises questions of whether Clare’s Law could create a false sense of security for women who ask if their partner has a history of violence.

A balanced view is that Clare’s Law has good intentions and powers, but can only be effective coupled with support networks for the victims of domestic violence. This is difficult at present with funding cuts to women’s services that run refuges and domestic violence support centres.

There is also a larger issue that was at the heart of Clare Wood’s case: why did it take so long for the police to respond to someone’s concerns about their partner and so long to act? There is a huge discrepancy in police services over how long it takes to gather evidence in domestic violence cases and to act, using common law powers that have always been available.

JLS singer Oritse Williams is facing a rape charge – Have police left it too late?
This site uses cookies. Find out more. Continued use of this site is deemed as consent.   CLOSE ✖