The progress of same-sex marriage across the world 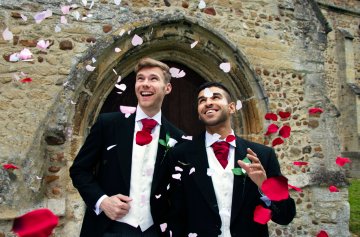 The long-awaited legislation passed in July allowing same-sex marriage in England and Wales means that we will witness the first weddings taking place from March 2014.

It has been a long wait for equality for gay couples, who have had to make do with civil partnership until now, and for many, March 2014 could not come soon enough. As equalities minister Maria Miller said: ’this is just another step in the evolution of marriage’.

Can we expect other countries to follow suit? In 2009 the Delhi High Court in India struck down a ban on ’carnal intercourse against the order of nature’. India’s Supreme Court upheld a challenge by religious campaigners that this should not have been struck down. The Supreme Court wants the Indian parliament to strike down the old law, rather than the judges.

In this country we were not at the forefront of same-sex marriage. Where some countries are moving forward, others seem moving backward. March 2014 will be a great day in this country for champions of equality; let’s hope that India and Australia see that day soon.