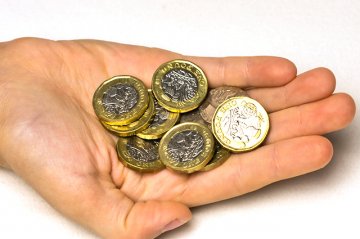 In his recent judgment in the case of SS v NS (Spousal Maintenance) , Mostyn J bemoaned the lack of judicial consideration of the moral or ethical, principles underlying the award of spousal maintenance. He considered these at some length, concluding by drawing together a number of threads as summarised below.

The principles underlying the award of spousal maintenance

Echoing Baroness Hale’s comments in Miller v Miller; Macfarlane v Macfarlane , Mostyn J concludes that the purpose of a spousal maintenance award is to meet the future needs of the applicant generated during the course of the marriage.

The most significant factors in determining such a need will be the presence of any children, as well as the duration of the marriage. The longer the marriage, the more determinative the financial choices made by the parties are likely to be.

The court is required to take into account all the circumstances of the case in determining the needs of the applicant. However, Mostyn J urges caution in the assessment of needs which are not causally connected to the marriage, and that in such cases, spousal maintenance should only be awarded to mitigate ’significant hardship’. He gives the example of a child born to the applicant with a new partner, resulting in the applicant’s reduced earning capacity. Essentially, it would be neither just nor reasonable to expect the respondent to remedy such a situation.

Mostyn J also reiterates the views he expressed in the case of SA v PA (Pre-marital Agreement) , that only in the most exceptional cases will the principles of compensation and sharing be relevant.

This does not sit entirely comfortably with his dismissal elsewhere in his judgment of the Scottish three-year limit for spousal maintenance awards as unfair, on the basis that the career sacrifices involved in motherhood may be ’irrecoverable’.

However, he interprets such sacrifices as generating their own form of needs (rather than compensation), which should be taken into account in the assessment of a spousal maintenance award.

The Quantum of a maintenance assessment

Drawing the reader’s attention to the findings of the Law Commission in its report on Matrimonial Property, Needs and Agreement of February 2014, Mostyn J emphasises that the standard of living during the marriage is relevant to the quantum of spousal maintenance, but it should not be the ’lodestar’.

Rather, he suggests that the court should look prospectively towards both parties’ eventual transition to financial independence, and not allow itself to be unduly restricted by retrospective considerations of the marital standard of living.

Nonetheless, he says, any reduction in standard of living should not fall disproportionately on one party.

Similarly, Mostyn J recommends that the court should approach the budgets prepared by the parties circumspectly. The court should not simply analyse each item of a budget individually but should consider the "budget as a whole in the context of the resources available to the party".

In the event that the maintenance claim is made against the discretionary bonus element of a respondent’s income, any award should be expressed as a percentage of the net bonus, capped to a stated maximum.

Calculating the term of a maintenance award

The starting point in considering the term of spousal maintenance is the Matrimonial Causes Act 1973, Ss.25A (1) and (2).

The court should aim to impose a clean break as soon as it is just and reasonable to do so and for a term which allows the payee to adjust to financial independence without undue hardship. This need not, in Mostyn J’s view, preclude a degree of hardship in making the transition to independence; it simply should not be undue.

Mostyn J is adamant that it would be impossible to calculate a formula to determine the correct term of any maintenance order, “for as King Lear pointed out, needs are exceedingly hard to reason; even the poor have things superfluous to their basic needs and most luxuries are strictly unnecessary”.

Mostyn J throws in further literary and scientific references to show just how difficult it is to predict the future, and therefore to apply strict principles to calculating the term of spousal maintenance: “…I recall…the epigram of the great atomic physicist Niels Bohr that ‘prediction is very difficult, especially about the future’. I also recall Mark Twain’s acute observation that ‘prophecies which promise valuable things, desirable things, good things, worthy things, never come true’”.

If these references seem too allusive, Mostyn J’s judgment is more helpful in the use of the s.28(1A) bar, and whether the court will impose a term that is extendable or non-extendable.

To impose a term that is non-extendable, he says, the court must be satisfied that on a balance of probabilities, financial independence will have been achieved by the time the term expires. If this question is finely balanced, then the court should favour the economically weaker party, i.e., refuse to impose a s.28(1A) bar.

In conclusion, Mostyn J’s judgment emphasises the legislative principles underlying spousal maintenance, and in particular, the necessity for the court to hold the eventual financial independence of the parties as its guiding light in assessing an award that is just and reasonable.

The UNHW divorce driving the art auction industry
This site uses cookies. Find out more. Continued use of this site is deemed as consent.   CLOSE ✖