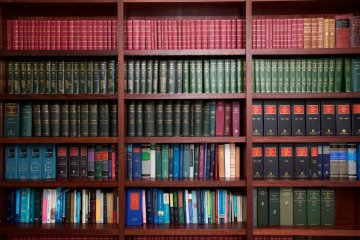 The legal sector has long been viewed as resistant to change. But, according to new research published this week, this may be about to change – and all because of Covid.

On Monday, Luminance, a supplier of artificial intelligence platforms for the legal sector, released a report which documents a sea change in attitudes towards the use of AI.

Through a mix of surveys and in depth interviews with legal professionals, the report found that more than 80 per cent of lawyers now view the adoption of technology as essential for the future success of their firm.  More specifically, three quarters of all lawyers surveyed now consider the adoption of AI as a key plank for their future growth.

While discussions about the adoption of AI and machine learning platforms into the legal sector certainly precedes the pandemic, the disruption it has caused has acted as a catalyst. Necessity is often the mother of invention and the legal sector has seen countless changes become necessary; from virtual courtrooms to the need for remote communication.

The enforced transition to home working inevitably led to the urgent incorporation of new technology designed to ease this process. Indeed, the report found that 40 per cent of lawyers have adopted a new form of technology in the last six months alone.

Alongside shifting perceptions on the utility of such technology, these widespread changes have also altered what is considered normal routine; a change that is unlikely to be reversed in the future, regardless of the state of the pandemic. As one partner from a UK Top 30 firm eloquently surmised: “nobody is going to be going back to doing it as we were a few months ago.”

The uses of legal technology

The adoption of new technology is primarily designed to tackle two problems: the difficulties of remote communication and the recent explosion of electronic documentation which needs to be reviewed. The former, a common issue across all professions which made the switch to home working, seems to have been the gatekeeper to these new attitudes – as lawyers grow more comfortable, and appreciate the utility, of communication platforms, it seems they are now more open to incorporating technology more widely.

Whereas the use of communication software was a rapid response to an immediate necessity, the use of machine learning for document review has a wider goal: increased efficiency. With tens of thousands of documents to be reviewed, a manual approach is both time consuming and expensive. With the incorporation of AI, this process can be largely automated, freeing up fee earners to focus on the most relevant documents. This increased efficiency is one of the main drivers for the increased adoption of machine learning, with three quarters of respondents labelling it as their key reason.

This is not the only benefit – an increased use of technology can also have a positive effect on the development of more junior employees. With large amounts of repetitive work being completed by automated systems, junior lawyers have more time to focus on more complex issues.

70 per cent of trainee lawyers who were interviewed confirmed that legal technology allows them to focus on more challenging work and 50 per cent identified this technology as a means to aid their career progression. In an increasingly competitive jobs market, a consideration of technology may now be a key factor for attracting junior talent.

Reversing changes is often far more complex than putting them in place. With the disruption of the pandemic causing the need for rapid responses, our sense of normality has shifted and our attitude towards new solutions has been changed.

In his foreword to the report, Simon Davis, the former president of the Law Society, described 2020 as “an inflection point in the modernisation of the sector.” Time will tell if these changes are maintained but, as we look ahead, we may find that what was brought in as an emergency response will outlast the emergency itself.

Dr Dre's Divorce: The importance of prenups
This site uses cookies. Find out more. Continued use of this site is deemed as consent.   CLOSE ✖