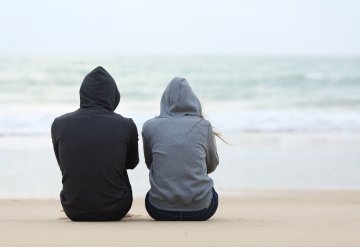 Divorce in England is still based on an archaic fault-based process. Even though the reason for divorce will normally make no difference to how the family’s finances are divided or to the arrangements that are made in relation to children, under the law someone has to be held responsible for the demise of the marriage.

In the mid 1990s, the Conservative government made proposals, in the form of The Family Law Act 1996, to introduce a divorce system in which no fault would need to be attached to the process. Regrettably, the incoming Labour government neglected to implement the parts of the act that introduced no-fault divorce and the plans were scrapped.

No doubt this refusal to implement such a sensible and much-needed amendment is due to the social stigma that was attached to divorce throughout the 19th and for much of the 20th centuries, coupled with a fear that, if no one is to blame for the breakdown of a marriage, the marriage is somehow devalued. However, with 42 percent of marriages in England and Wales ending in divorce, it is reasonable to say that divorce is no longer seen as ’dishonorable’ and to argue that a fault-free system would not dramatically increase the number of divorces.

In reality, perpetuating this blame culture prohibits reconciliation and actually encourages parties to waste time, energy and money going over old ground and defending petitions rather than working together to sort out future arrangements.

Family lawyers and judges know that a well-drafted divorce petition, restricted to bare facts based on one spouse’s unreasonable behavior – which is now the most common reason for a separation – is the closest that English law has to no-fault divorce without having to wait for two years. But the fact that one party must be blamed, even in as inoffensive a manner as possible, only serves to add heat to the situation and disproportionately congest the already overburdened family courts with defended divorces.

The majority of couples would prefer to divorce on the grounds that they have simply grown apart, with no inflammatory accusations. This would give divorcing couples the best possible chance to behave in the most civilised and humane way that they can.