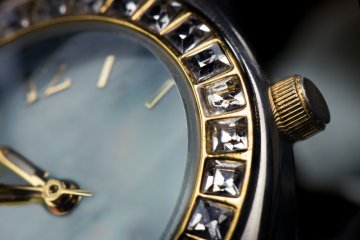 The Inheritance and Trustee Powers Act 2014, which comes into force on 1st October, makes substantial changes to the law of intestacy, the Inheritance (Provision for Family and Dependants) Act 1975, and trustees’ powers.

What are the intestacy rules?

When a person dies intestate, that is without leaving a valid will disposing of the whole of his or her property, the distribution of the deceased’s estate among surviving family members is governed by a set of legal rules.

Currently if you leave a spouse/civil partner and children, the spouse inherits personal items, including cars and boats, up to £250,000 (if your estate exceeds that amount) but only receives the income from half the remainder. The other half is held on trust for your children until they reach the age of 18.

The new rules will mean that your spouse/civil partner will inherit a half share in the remainder, instead of only having a right to income.

The surviving spouse/civil partner of a person who has died intestate is entitled to all of that person’s ‘personal chattels’. The new Act does not change this but it does amend the definition of personal chattels. The new definition expands on the current definition and includes all tangible movable property except for property which:

The Inheritance (Provision for Family and Dependants) Act 1975

Regardless of whether the deceased left a will, certain family members and dependants may apply to court for reasonable financial provision from the estate.

The definition of those who can bring a claim under the new legislation is extended to include the individuals who have received a substantial contribution to their reasonable needs (other than for full, valuable consideration under an arrangement of a commercial nature) from the deceased individual.

The new Act amends sections 31 and 32 of the Trustee Act 1925. Firstly the Act reforms the trustees’ power to apply income, by removing the proviso that they have to take into account certain circumstances, and instead leaves trustees free to pay out as much of the income as they think fit.

Secondly trustees will be able to advance the whole of a beneficiary’s share in cash or other form, before they are entitled to it absolutely. For example if you leave a share of your estate to children, with the proviso that they can inherit everything at the age of 25, the trustees now have the automatic power to give them the whole share before the age of 25, if they believe it is right to do so.

Estate planning: How can I keep my pets safe after my death?
This site uses cookies. Find out more. Continued use of this site is deemed as consent.   CLOSE ✖