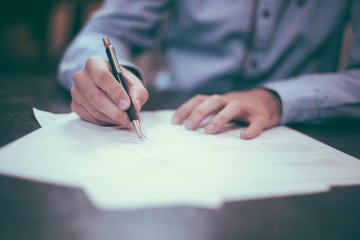 Prenuptial agreements have now become a crucial way to ensure the protection of assets, something which is important for all individuals intending to marry to be aware of. Since 2010, the courts of England and Wales have been willing to uphold the autonomy of individuals who enter into an agreement regarding how their assets will be divided in the event of a divorce.

The ground-breaking case Radmacher v Granatino, won by Vardags in 2010, centred around the critical question of whether prenuptial agreements should be given conclusive weight by the courts of England and Wales. The Supreme Court, by a majority of eight to one, held that there was no reason why such an agreement should not be upheld in circumstances where the parties had entered into it freely, and with a full understanding of its implications.

The implications of the Radmacher decision have been far-reaching in that, now, such an agreement will carry decisive weight, unless a judge deems that it would be unfair to hold the parties to its terms.

Divorce is one of, if not the, biggest financial event in most people’s lives. The English courts have wide powers, and are not unwilling to use them in order to ensure that parties are left with a fair division of the marital property. The courts are not afraid to access assets that a party may consider to be off-limits to their spouse – for example, inherited or pre-acquired wealth, or business interests – if they deem it appropriate to do so.

The law is undoubtedly progressing at a speedy pace and it is becoming more apparent that guaranteeing asset protection by way of a prenuptial agreement does not apply simply to wealthy individuals, but should be considered by all parties looking to enter into a marriage, if they have assets they wish to protect.

Managing Director Catherine Thomas is featured in The Lawyer
This site uses cookies. Find out more. Continued use of this site is deemed as consent.   CLOSE ✖