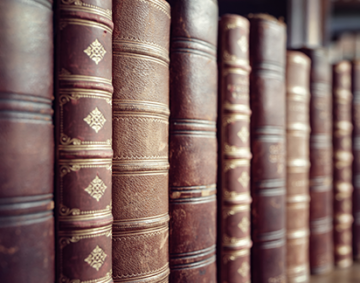 In English law there is only one ’ground’ for divorce- ’irretrievable breakdown of a marriage’ – but there are five ‘facts’ that can constitute this:

We’ve come a long way since Henry VIII, but how exactly did we end up with these five facts?

The answer involves a Royal Commission, a Union of Suffragist Societies and, rather surprisingly, a novel.

There have been a number of changes to English divorce law over the years, but the foundation for the facts under which people can petition for divorce today was laid in 1912.

Before that, the only way for men to get out of a marriage was to prove adultery, and for women it was even harder – they had to prove adultery and additional offences, such as incest, sodomy or cruelty (which was roughly what would now be known as domestic violence).

A Royal Commission – a form of major public inquiry – suggested broadening the grounds for divorce, but nothing was done. Over the years that followed, public support for broadening the grounds for divorce slowly began to grow, and the National Union of Women’s Suffrage Societies – a body made up of many feminist groups – campaigned to level the playing field between men and women when it came to seeking a divorce.

The biggest catalyst to public opinion, however, came in 1934 with the publication of the bestselling Holy Deadlock, a satirical novel by A. P. Herbert, which shed light on the inequalities and absurdities of divorce law at the time.

A year later, Herbert took up a vacant seat in the House of Commons, and made plans to turn his views on divorce into action. He drafted a private members bill, which proposed that ’adultery’ be joined by ’cruelty’, ’desertion without cause’ (which at the time also encompassed ’living separately’) and ’incurable insanity’.

The bill was largely ignored for two years, until Herbert sought help from fellow MP Rupert de la Bère. After that, very little time elapsed before the bill was passed both by the Commons and the House of Lords, and the Matrimonial Causes Act 1937 was born.

The law has changed a little in the past eighty years. What was then ’desertion’ has since been divided into three distinct facts, while ‘cruelty’ is now the broader ’unreasonable behaviour’. ’Incurable insanity’ was removed completely as mental health came to be better understood.

In principle, however, the divorce law has remained the same and those who wish to bring their marriage to a close, like the central couple in Holy Deadlock, are these days far better able to do so.

Parenthood makes you more miserable than divorce, German study suggests
This site uses cookies. Find out more. Continued use of this site is deemed as consent.   CLOSE ✖