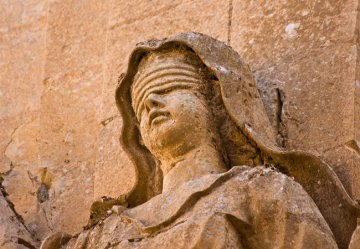 In my previous post, we became acquainted with Arabella Mansfield and Charlotte E. Ray, two of the first women to be called to the Bar in the United States.

In this post, I want to tell the stories of the first women to break into law from other parts of the world.

India, China, New Zealand and Italy: four highly diverse jurisdictions divided along cultural and political, as well as geographical, lines. Yet all four countries are in relative tandem, at least in terms of when the female population began launching careers in law.

The social upheaval that characterised the 19th century was more or less experienced globally, with new ideas reaching further than ever before, thanks to technological innovations that improved international communication. Perhaps then, it is not so surprising that women all over the world began pushing for careers in fields previously seen as an exclusively male domain at around about the same time.

"She did not fit any label": Cornelia Sorabji

Cornelia Sorabji was born under British colonial rule to Christian convert parents in Nashik, India in 1866. Thanks to her sharp intellect and the encouraging efforts of her father, she became the first female graduate of Bombay University. But this was just one in what would be a lifetime of many ’firsts’: thanks to British benefactors including Florence Nightingale, Sorabji secured the scholarship funds to study in England, and subsequently became the first woman and Indian national to read Law at Oxford – despite being unable to graduate because of her gender. After spending a year working for a London solicitors, she returned to India in 1894. A ’long struggle with the authorities’ ensued, but Sorabji succeeded in becoming a legal advocate for women in purdah.

Sorabji’s nephew, Professor Richard Sorabji called this work ’the unifying thread of her whole life’. He argues that his aunt occupied a liminal social position, due to her race, religion and Anglicisation, but, in a career frequently hindered by prejudice, ’her successes were all on behalf of women and the estates of women’.

In 1891, while Cornelia Sorabji was presumably cramming for her upcoming Civil Law exam, Tcheng Yu-hsiu was born in Guangdong, China.

Tcheng did not grow up under Western rule. However, China was in the midst of what was later termed a ‘Century of Humiliation’, a period of heavy intervention from the West. It would be simplistic, and frankly imperialistic, to suggest that this influence was responsible for changing attitudes towards gender in China; however, as The Birth of Chinese Feminism illustrates, the ’social political upheavals’ that characterised the era bred ’revolutionary intent’, which motivated women’s rights supporters to take action.

Tcheng’s life story certainly seems to confirm this view. Before launching her legal career, she was an active participant in the Xinhai revolution of 1911, assassinating Qing royalist Aixinjueluo Liangba. Tcheng later moved to Paris, and obtained her doctorate in law in 1924. Upon relocating to Shanghai, she became the first female lawyer in Chinese history, when she opened a joint law practice with her husband, where she became a judge in the French concession court.

Ethel Benjamin: "It is the rebels who extend the boundary of the right"

Ethel Benjamin was born in Dunedin, New Zealand in 1875. She came of age at a landmark moment in her country’s history: New Zealand became the first self-governing country in the world to extend voting rights to all women in 1893.

Nevertheless, she undertook her LLB at the University of Otago without knowing whether, as a woman, she would be permitted to practice law upon completing her studies. Luckily for Benjamin, The Female Law Practitioners Act passed in 1896, one year before she graduated.

It’s arguable that, due to this legislation, Benjamin faced fewer or lower barriers than her European and American counterparts – as Mary Jane Mossman points out, she was ’entitled to engage in legal work without having to launch a claim in the courts’.

But those opposed to female lawyers ensured that their objections were received loud and clear. The Otago District Law Society reportedly found creative ways to ostracise Benjamin: excluding her from society events, restricting her access to the library and even attempting to impose an alternative dress code on her.

Despite this, Benjamin prevailed, by following a wave of legislative changes: as an honorary solicitor for the New Zealand Society for the Protection of Women and Children, she ’earned… a reputation as a lawyer concerned with the best interests of her female clients’ at a time when ’divorce laws were being liberalised and conditions for adoption more formally legalised’.

Lidia Poët of Pinerolo, Piedmont, in Italy, sadly did not experience so triumphant an ending.

She fulfilled all the prerequisites necessary to be admitted to the register of legal practitioners in 1881. The Turin Bar Association initially accepted her admission, and she became the first female advocate in modern Italy. This decision, however, proved controversial, and an appeal was successfully lodged to reverse the decision. Despite launching several counterclaims, the Court of Appeal’s decision was upheld.

However, Poët’s fight to practice was not in vain. Not only did her case spark considerable controversy that gave rise to a national debate on the role of women in society, but her attempts to prove the legitimacy of her claim were, as articulated by Vittorio Olgiati %27evidence of a "creative" interpretation of the law… using gaps and loopholes… in order to achieve a socio-legal result’.

Like so many of the women we’ve examined, Poët’s very claim to practice stood as evidence of her legal prowess.

This is the final installment of a two-part blog series, celebrating the achievements of the first female lawyers. To read part one, click here.
“Ayesha Vardag - Britain’s top divorce lawyer.”

A law unto themselves: the first female lawyers around the world (Part 1)
This site uses cookies. Find out more. Continued use of this site is deemed as consent.   CLOSE ✖