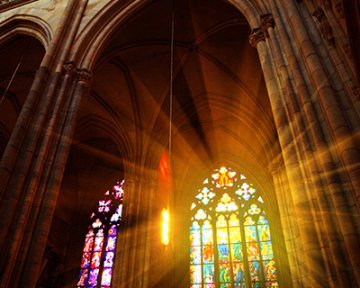 When I wrote about the launch of the Catholic Family Synod recently, I promised an update once the Synod had drawn to a close. So what’s the verdict?

Well, very little has changed since I wrote the first blog – as one article put it, ’the Catholic Church is still Catholic’ and not a political party.

Under Vatican teachings, divorcees and couples who have remarried outside the church are excluded from receiving communion. The synod has encouraged greater inclusion of divorcees within the church. Bishops have been advised to approach the pastoral care given to divorcees on a ’case by case’ basis. The position remains unclear on the approach to take with divorced couples.

Homosexual Catholic couples were hopeful of change ahead of the Synod but the Synod has not been as liberal as they would have liked. While there was a push for the church to be more welcoming, the general message was reiterated: the bishops agreed that people should be treated with respect ’independently of their own sexual tendency’.

The final document defends homosexual people against ’unjust discrimination’ – but stands by an earlier Vatican document stating that ’there are absolutely no grounds for considering homosexual unions to be in any way similar or even remotely analogous to God’s plans for marriage and the family’.

Could more have changed?

Possibly, but with great difficulty. It emerged that Pope Francis received a letter setting out how thirteen senior cardinals would feel, should he take a particularly liberal approach to homosexuality and divorce. The Catholic Church could then find itself heading towards divisions much like the Protestant divisions.

What seems normal for a bishop on one continent is considered strange and almost scandalous for a bishop from another… what for some is freedom of conscience is for others simply confusion.

To tackle such challenges, Pope Frances has called for a ’healthy decentralisation’ of the church and the need for a ’conversation of the papacy’.

Despite the seemingly conservative outcome of the synod, the final word will come from Pope Francis. It will be interesting to watch his papacy for reform as the jubilee year of mercy approaches.

Guidance on radicalisation issued by President of the Family Division
This site uses cookies. Find out more. Continued use of this site is deemed as consent.   CLOSE ✖