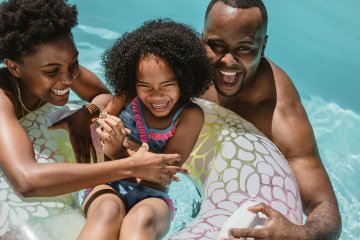 The current law governing children proceedings is the Children Act 1989, which came into force in 1991. It has previously been described by Lord Mackay as “the most comprehensive and far-reaching form of child law.”

They key principles set out in the act are:

Currently, new legislation entitled ‘The Children and Families Bill’ is being reviewed in the House of Lords. The Bill will reform policy for the family justice system, adoption and special education needs. Further, it will introduce a new system of shared parental leave and flexible working for parents.

In respect of the family justice system, the main changes to be made to improve the way the system operates are as follows.

The new legislation will make it a requirement for parties to attend a family mediation, information and assessment meeting (MIAM), before issuing certain types of family proceedings. Mediation will facilitate a neutral environment for parties to attempt to reach amicable agreements and avoid court proceedings. It is a much more informal, cost effective and less emotionally draining way of resolving matters compared to litigation.

(a) With whom a child is to live, spend time or otherwise have contact, and

(b) When a child is to live, spend time or otherwise have contact with any person.’

In essence, this new order aims to focus parents on the needs of their child, rather than their own rights.

The Bill will reach the next stage of the process, the Report Stage, on 17 December 2013. It is anticipated to receive Royal Assent in early 2014.

Contact orders: the process
This site uses cookies. Find out more. Continued use of this site is deemed as consent.   CLOSE ✖