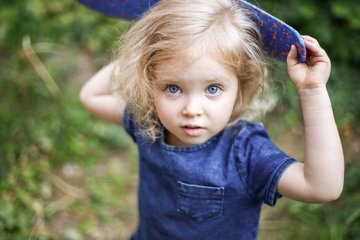 In determining whether spending no time with a non-resident parent is better than meaningless or even detrimental time spent with them, a judge is asked to intervene in life-changing circumstances where the subject of their decisions may be too young to express their own views.

Their role therefore carries great power, but also great responsibility and a duty to children. Many people are of the opinion that it can be against a child’s best interests to continue contact arrangements from which they derive no value, and that in some circumstances no contact is more favourable than bad contact. The approach taken by the courts in facilitating contact arrangements between children and non-resident parents after relationship breakdown in private children law is no straightforward matter.

The Children and Families Act 2014 amended the Children Act 1989, inserting a new section requiring courts to presume, unless the contrary is shown, that involvement of the non-resident parent in the life of the child concerned will further the child’s welfare.

This was said not to displace the paramountcy principle, but simply to reinforce the pre-existing presumption that both parents should be involved in a child’s life, unless detrimental to their welfare.

It was thought that the law should be clearer on this and it was said that the amendment was intended to further the best interests of children. Some suggest that the Children and Families Act 2014 was aimed at countering the perception that judges do not attribute sufficient importance to the involvement of both parents and hence addresses complaints of bias by fathers’ rights groups frequently in the media that the law gives mothers preferential treatment in contact disputes. It is further claimed that the presumption will keep many disputes out of court by making the court’s decision-making processes transparent, thus ensuring that parents’ expectations are realistic.

The new presumption was framed as a direction to the courts, yet it has been argued that it was already pervasive in the court’s decision-making and something judges always had borne in mind. The change was therefore largely symbolic, perhaps seeking to restore confidence in the criticised family judicial system. It was put forward as a solution to the problem of fathers feeling marginalised, yet courts were already attempting to shake the image of bias in their decision-making processes. Judges are ever mindful of not being seen to prejudice fathers. Regrettably, orders are therefore sometimes made for symbolic effect, to corroborate the view that both parents are equally valued. There is always the concern that the pro-contact approach could render unimportant critical welfare matters, losing focus on the child and down-playing children’s views.

Given that the assumption is also already widespread, we may come to lose sight of the principle that in some circumstances no contact is better than bad contact.

Domestic violence to include emotional harm
This site uses cookies. Find out more. Continued use of this site is deemed as consent.   CLOSE ✖