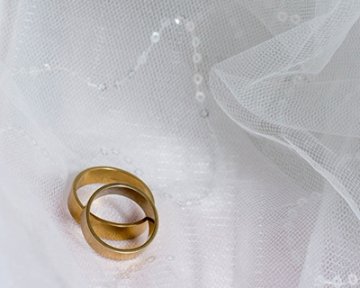 The High Court has ruled that a twenty-five year old who married in Pakistan did not have the capacity to enter into the marriage.

RS married in November 2014. An application had been made to the court under the Forced Marriage Act, but before the application could be considered, the marriage took place.

On 29 April 2015 Mr Justice Hayden granted permission for the proceedings under the Inherent Jurisdiction of the High Court. RS had struggled with disability throughout his young life, namely severe autism and intellectual disability. In 2007, his mother reported to social services that her son was displaying inappropriate sexual and aggressive behaviour.

In 2008, RS was placed in a residential care unit in Stoke-on-Trent as his behaviour had become unmanageable. His mother removed RS from the unit in July 2012. It became clear through the proceedings that it had been hoped that the marriage would provide RS with some form of long-term security. No expense was spared on the wedding and Mr Justice Hayden said, "it was entirely plain to me that RS is greatly loved by his family and that their actions have been motivated by a determination that he is cared for and protected throughout his life”.

Nonetheless, the issues before the court were whether RS had mental capacity to marry at the date of his marriage to W, and, if not, whether the court should declare that the marriage is not to be recognised as valid in England and Wales.

The assessment of capacity is governed by the Mental Capacity Act 2005. Case law on the matter acknowledges that the application of the elements of the Mental Capacity Act 2005 will vary from case to case. The validity of the marriage in Pakistan was unchallenged, but the issue in respect of the marriage was one of recognition in England and Wales, where the capacity to consent is an important component of a valid marriage.

Capacity to consent to sexual intercourse

Every single issue of capacity which falls to be determined under Part 1 of the Act must be evaluated by application section 3(1) in full and considering each of the four elements of the decision-making process that are set out at (a) – (d): (a) to understand the information relevant to the decision, (b) to retain that information, (c) to use or weigh that information as part of the process of making the decision, or (d) to communicate his decision.

The evidence before the court showed that RS had some knowledge of the factors pointing towards his ability to consent to sexual relations, but Mr Justice Hayden concluded that the evidence supported individual aspects rather than a “coherent overall understanding”. While RS “understood the mechanics of the sexual act”, Dr Carpenter was of the opinion that RS did not have the capacity properly to consent to sex and that “the combination of autism and intellectual disability prevents RS from making the crucial link between actions and consequences thus establishing a unifying analysis for his overall behaviour”. Mr Justice Hayden agreed.

Capacity to consent to marriage

Re E (An alleged patient): Sheffield City Council v E 1 FLR 965 sets out the approach to be taken to evaluating capacity to marry. In sum, “it is not enough that an individual appreciates that he or she is taking part in a marriage ceremony or understands its words. He or she must understand both the nature of the marriage contract and the duties and responsibilities which normally attach to marriage.”

Both Dr Carpenter and Mr Justice Hayden found that RS had “no significant grasp of the role of husband and wife or the duties of either”.

It was with regret that Mr Justice Hayden found that there was “no real prospect of RS either gaining the capacity to consent to marriage or sexual relations.”

Declaration of non-recognition of the marriage

The difficulty before the court was that Section 58(5) of the Family Law Act 1996 specifically prohibits the Court from making a declaration to the effect that a marriage was void ’at the time of its inception’. Further, the ‘forced marriage’ amendments to the Family Law Act 1996 do not confer any new power to terminate a marriage extraneous to the framework of the Matrimonial Causes Act 1973.

Representations made on behalf of the Local Authority argued that there were ’clear public policy grounds for seeking a declaration’ of non-recognition, particularly as the marriage, while valid in Pakistan, could not have been lawfully conducted in England and Wales as it ’offends a key contractual component, namely consent’.

In deciding whether to use his discretion, Mr Justice Hayden considered another area causing him some difficulty: striking the balance between the exercise of freedom and choice and the right to a private life, against the need to protect vulnerable individuals from exploitation.

Case law from Europe has “consistently emphasised the importance of autonomy; development of psychological and moral integrity and relationships with other human beings as key aspects of individual human rights”, with Pretty v UK 35 EHRR emphasising “the very essence of the convention is respect for human dignity and human freedom” and Niemietz v Germany 16 EHRR 97 stressing the importance of “the right to establish and develop relationships with other human beings”.

Mr Justice Hayden considered that the discretion of the court in respect of these applications was rather illusory and that despite case law emphasising autonomy, capacity was an intrinsic facet of both psychological and moral integrity. So long as the marriage continued, RS was exposed to legal obligations which he did not understand.

Mr Justice Hayden held that in most cases, an overseas marriage, entered into by an individual who lacked capacity to consent to either sexual relations or marriage, was likely to require the court to make a declaration of non-recognition. Mr Justice Hayden conceded that there would be some circumstances in which the interests of justice, fairness and respect for different aspects of individual autonomy prevailed – but this case was not one of them.

The inevitable difficulty with cases such as these is aptly summarised by Munby J in Re E:

There are many people in our society who may be of limited or borderline capacity but whose lives are immensely enriched by marriage. We must be careful not to set the test of capacity to marriage too high, lest it operate as an unfair, unnecessary and indeed discriminatory bar against the mentally disabled. Equally, we must be careful not to impose so stringent a test of capacity to marry that it becomes too easy to challenge the validity of what appear on the surface to be regular and seemingly valid marriages.

Nonetheless, it is important for the courts to be able to exercise their discretion in order to protect vulnerable members of society from legal and emotional obligations which they are simply unable to understand.

A short history of Gretna Green marriages
This site uses cookies. Find out more. Continued use of this site is deemed as consent.   CLOSE ✖