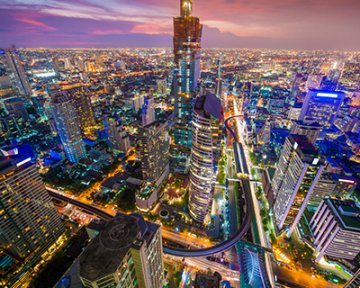 15 months after the birth of their daughter Carmen, Gordon Lake and Manuel Santos can at last come out of hiding and resume a normal family life, with the newest addition to their family in tow.

In January 2015, the same-sex American-Spanish couple welcomed baby Carmen, who was born in Thailand via a surrogate, using a third-party donor egg. The surrogate, Thai national Patidta, initially seemed happy with the arrangement, but after the birth she became unwilling to sign the documents necessary for Lake, Santos and the baby to leave the country. Lake and Santos claim they were told that Patidta blocked the departure because she found out that they were a homosexual couple.

Patidta’s subsequent comments on Thai TV seemed to confirm this to be the case. As reported by The Guardian, Patidta was broadcast ’saying she initially felt a moral urge to help a "legitimate married couple"’. As Thailand does not recognise same-sex marriage, from Patidta’s point of view the marriage could indeed be considered invalid.

However, Lake asserts that New Life, the surrogacy agency used by the couple, were aware of his that he and his husband were the intended parents from the offset. New Life‘s co-founder Mariam Kukunashvili refuted Patidta’s claims that she was unaware the couple were gay, but also added that the couple deviated from the agency’s instructions and that the situation had become “unmanageable”.

This was the latest in a string of high profile, contentious cases concerning cross-border surrogacy. Last July, Thailand banned commercial surrogacy over concerns that women were being exploited. Indeed, there’s certainly something unsettling about low-income women being effectively used as vessels to facilitate the dreams of wealthy Western couples. On the other hand, the ban on commercial surrogacy means that many prospective surrogates have lost a key opportunity for financial independence.

That said, cases like Lake and Santos’ certainly exemplify the types of problems that can arise from cross-border surrogacy. After the revelation that Patidta would not be signing the documents, Lake secretly withdrew to a Bangkok apartment with Carmen where the pair have remained ever since, with Santos dividing his time between there and Spain.

Yesterday however, all that came to an end when the Central Juvenile and Family Court granted custody to Lake According to The Telegraph, “the biological mother seemed to clear the way for the couple to take Carmen to Spain.”

After the judgement, Lake told reporters that he and his husband were “overwhelmed with emotion”:

“Yes, we won…We always knew our story would have a happy ending and we just can’t wait for the four of us to be together again.”

Alex McCready comments on Prince Andrew scandal
This site uses cookies. Find out more. Continued use of this site is deemed as consent.   CLOSE ✖