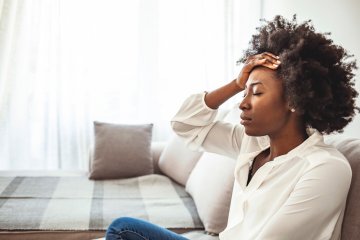 "Crazy people are considered mad by the rest of society only because their intelligence isn’t understood" -Weihui Zhou, Shanghai Baby.

Society’s definition of ’madness’ can differ from the legal definition. This has been shown once again by two recent cases. Kicks and another v Leigh EWHC 3926 (Ch) and Walker v Badmin (unreported) have stated that even if you are deemed not to have capacity by means of the test for capacity under the Mental Capacity Act 2005, you may still be sane enough in the eyes of the law to make gifts to whomsoever you choose.

The significance of this is that any gifts you make during your life or indeed in your will, which would otherwise be deemed invalid, could potentially still work, even if you fail the statutory test for legal capacity.

At common law, the principles to apply to establish mental capacity to make lifetime gifts are set out in Re Beaney 1 WLR 770. The test is whether an individual would have been capable of understanding the effect of making the transaction if the consequences had been fully explained to him or her.

In the Kicks case, Mrs Smith had made a gift of the proceeds from her house sale into a joint account held by her daughter and her husband. The High Court ruled that the claimant had not raised sufficient doubt as to the capacity of Mrs Smith to make such a gift.

In the recent case of Walker v Badmin, Ms Walker’s daughters argued that the will should be overturned, because their mother was in an ’irrational’ and ’delusional’ state when she drew up the will that left money to IT analyst Mr Badmin, who was 23 years her junior. Although Ms Walker’s mental powers had declined by the time she signed the will, Judge Nicholas Strauss QC ruled this had not impaired her ‘testamentary capacity’:

This will have an impact on future cases where family members try to suggest that any changes to a will made while someone is terminally ill may not be valid on grounds of mental capacity. A will is the way in which someone sets out what they want to happen after they die. Ultimately, what we have been able to prove is that Ms Walker knew precisely what she was doing, despite her illness, when she made her decision to leave most of her fortune to Mr Badmin.

The courts clearly are recognising the right of people to exercise their intelligence in making gifts, despite other people attempting to undermine this authority by claiming they were ’crazy’ – or rather lacked mental capacity – at the time.

Transparency of beneficial ownership: in search of Utopia?
This site uses cookies. Find out more. Continued use of this site is deemed as consent.   CLOSE ✖