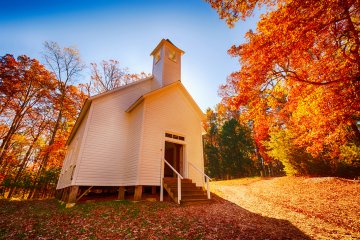 As a denomination, the United Methodist Church’s official view is that marriage is between a man and a woman. However, there are Methodist churches that welcome LGBT worshippers.

St Elmo and St Marks in Chattanooga, Tennessee, where Anna Golladay served as assistant pastor, are two such churches. The liberal pastor has been part of a “revitalisation process” at the churches. This included becoming more welcoming to the LGBTQ community. “We knew that inclusion was going to be very much a part of our story.” However, it seems she had gone one step too far when she officiated a wedding for a same-sex couple, a decision that cost her her pastoral license.

Pastor Doug Fairbanks, leader of one of the area’s largest Methodist church says the right choice had been made. The fact that a pastor is forbidden to officiate a same-sex wedding is explicitly written in the Methodist book of discipline. Golladay knew where the church stood on the issue when she made the “personal choice” to officiate the wedding. Golladay agrees that the choice was an intentionally made choice that she believes in. There was a balance to be made between her commitment to the couple as their pastor of many years and her commitment to the “man-made book” of the Methodist book of discipline. “I very intentionally agreed to this wedding,” she says. “I find it sad that the church asks me to be their pastor always and at all times except for one day… out of their entire life… There’s something fundamentally wrong with that.”

Golladay says there is “no time to wait” to change the rules that make some people feel “less than” others in the church. She called for these changes to be made in February next year, the date set for the next general conference where policies for the Methodist church are challenged and updated if necessary.

After the decision was announced, Gary Ihfe, who is pastor at both churches, posted a message on Facebook addressed to the congregation, especially it’s LGBT members. “I want to assure you and your family are both loved and valued by our congregation… More importantly, you and your family are loved and cherished by God.” He promised them that the church wouldn’t “shy away from its mission.”

Japanese man wins sole custody of 13 surrogacy children
This site uses cookies. Find out more. Continued use of this site is deemed as consent.   CLOSE ✖