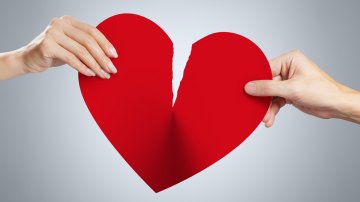 A judge in Chattanooga, Tennessee has used the recent Supreme Court of the United States (SCOTUS) judgment in the case of Obergefell v Hodges – more commonly known as the gay marriage ruling – as a reason to refuse a heterosexual couple a divorce.

Hamilton County Chancellor Jeffrey Atherton has taken a stand against the judgment in Obergefell – the seminal case that extended the right for same-sex couples to marry across all fifty states in June 2015.

He objected to the definition of marriage being altered so that it is no longer exclusively permissible between one man and one woman.

The couple in question, Pamela and Thomas Bumgardner, had been married for twelve years, marrying in November 2002 and filing for divorce in September 2014, citing irreconcilable differences and inappropriate marital conduct.

But Atherton refused to grant the divorce, claiming that they had not shown that the marriage had irretrievably broken down and, furthermore, that the SCOTUS decision indicated that Tennesseans were no longer deemed capable of determining what sort of union constituted a marriage. As a consequence, Atherton asserted, he had lost the ability to determine the outcome of a contested divorce.

The conclusion reached by this Court is that Tennesseans have been deemed by the U.S. Supreme Court to be incompetent to define and address such keystone/central institutions such as marriage, and, thereby, at minimum, contested divorces.

The decision has been widely condemned in media on both sides of the Atlantic, with commentators taking issue with the judge’s use of his judicial position to express contentious personal views, at the expense of a couple who simply got caught in the crossfire.

The Washington Post described the stance taken by Atherton as ’the judicial equivalent of a high school student tearing up his term paper because he got a bad grade. Or, more accurately, throwing it back at his teacher and telling her to revise it herself’.

Slate magazine has called for his impeachment.

However, Atherton is by no means the first individual to use their position as an administrative soap box. Atherton’s ’stunt’, as Slate described it, also comes not long after Kentucky county clerk Kim Davis, who refused to grant marriage licences to gay couples, was arrested for her conduct.

The American legal blog Above the Law was particularly acerbic, even scathing, comparing Atherton’s antics with Davis’s deviation from her duties and finding that the former comes off worse:

Davis is a bureaucratic functionary who doesn’t know any better. Not like a judge who decided to take his disagreement with settled Supreme Court precedent to absurdist levels by not letting a heterosexual couple get divorced. Because of Obergefell. Or something. Chattanooga’s own Chancellor Jeffrey Atherton handed down an opinion on August 31 that qualifies as high comedy or gibberish. Or both. Probably both.

While it is clear from Atherton’s comments in court that he does not relish having federal law foisted upon lawyers at the state level, it remains to be seen whether the Bumgardners will eventually get their divorce. They can file again for divorce, but they will have to cite different reasons if they do so. After having gone through four days of testimony which included seven witnesses and seventy-seven exhibits, we can only hope their onward journey isn’t too onerous.

The Marriage Foundation on 'declining rates of middle-class marriage'
This site uses cookies. Find out more. Continued use of this site is deemed as consent.   CLOSE ✖