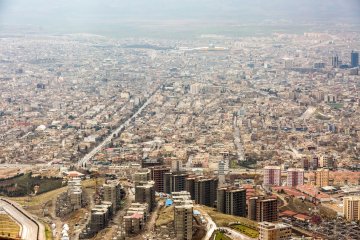 In AM v DF, Baker J considered the father’s appeal against the varying of a prohibited steps order which would allow the mother to take their children on holiday to Iraq. Baker J noted the case law concerning the temporary removal of children to a non-Hague Convention country and provided a useful summary as to the correct judicial approach in such cases.

Focusing in particular on Re R (A Child), Baker J highlighted that Patten LJ’s judgment set out the correct approach to these cases. Patten LJ had emphasised that the overriding consideration for the court, in deciding whether to allow a parent to take a child to a non-Hague Convention country, is whether the making of that order would be in the child’s best interests. Considering the risk of abduction, Patten LJ held that the court had to be satisfied that the advantages to the child of visiting that country outweighed the potential risks to their welfare.

Patten LJ asserted that the court will routinely be involved in investigating what safeguards can be put in place to minimise the risk to the child concerned and that the effectiveness of any safeguard should be established by expert evidence. He advised that, if in doubt, the court should err on the side of caution and refuse to make the order; if a judge decides to proceed without expert evidence, then very clear reasons are required to justify such a course.

Pattern LJ summarised that applications for temporary removal to a non-Hague Convention country will inevitably involve the consideration of three related elements:

(a) the magnitude of the risk of breach of the order if permission is given;

(b) the magnitude of the consequences of breach if it occurs; and

(c) the level of security that may be achieved by building in to the arrangements all of the available safeguards.

Therefore Patten LJ concluded that it is necessary for judges to ensure that all three elements are in focus when making the ultimate welfare determination as to whether or not to grant leave.

Turning to the appropriate judicial approach in these cases, Baker J observed that particular care is required when dealing with an application to remove a child to a country with social and political instability. He emphasised that, at present, Iraq is manifestly one such country and therefore, regarding the judicial approach to case management, while in some cases it may be appropriate to make substantive decisions about child arrangements on a summary basis, such an approach had not been appropriate in this case.

Looking at the previous decision in this case by Tolson J at the hearing on 9 May 2017, Baker J found that the latter had little, if any, information upon which to make the careful and objective assessment required. Baker J also highlighted that Tolson J had chosen not to follow FCO guidance recommending against any but essential travel to Iraq on the grounds that the mother was visiting close family members. Tolson J decided that the mother and her family were well placed to make necessary judgements concerning the children’s safety, but Baker J held that he had no evidence on which to base this assessment. Where Tolson J had noted that there was no reason to believe that there was any flight risk, Baker J similarly held that he had no evidence on which to reach that conclusion.

Baker J came to the conclusion that Tolson J did not have any up-to-date evidence, and that the mother had not complied with the direction given by Gibbons DJ in August 2016, which identified the topics for which evidence would be required. Baker J also noted that despite Tolson J’s indication that the mother should pursue her wish to take the children to Iraq through formal application, no such application, nor any evidence, was filed before the hearing on 9 May 2017.

Baker J highlighted that the father had not been given the opportunity to put forward any evidence or argument in response to the mother’s proposal, and in fact had been taken by surprise by her application. However, Baker J observed that it was of even greater concern that Tolson J decided to determine the issue summarily at the directions hearing on 9 May 2017, since the father did not have adequate notice that the judge would take this course.

Finally, Baker J considered that Tolson J’s decision did not contain the rigorous scrutiny of the issues which is necessary in such cases, and was ‘plainly insufficient’ in its brevity. He highlighted that there was no adequate assessment of any of the points set out by Pattern LJ in Re R (A Child).

Therefore, Baker J reached the conclusion that Tolson J’s decision to vary the prohibited steps order in order to allow the mother and children to travel to Iraq that summer was unjust and granted the father permission to appeal the order. While Baker J accepted that not being permitted to go to Iraq may be a great disappointment to the mother and the children, he emphasised that it was of greater importance that the injustice to the father be corrected.

Such a judgment, balancing the considerations of case law and procedure, provides clear guidance for future applications to take a child to a non-Hague Convention country. It emphasises the importance of such cases being considered fully by the court, despite the external pressures of case management, and highlights the ways in which the court should seek to minimise the potential risks of granting such applications. However, whilst the welfare of the child is the court’s paramount consideration, this case also emphasises the rights of the respondent to such an application, particularly in having notice of the application and the opportunity to file evidence. Such evidence can crucially alter the factual matrix upon which the judge will base their decision.

An order made by the court in children proceedings which restricts stops one parent from doing a specific act.

The key principle in family law - that all decisions and orders will reflect the best interest of the child.
“Ayesha Vardag - Britain’s top divorce lawyer.”

The effect of bad behaviour on divorce proceedings: a look at conduct in R v B and Capita Trustees
This site uses cookies. Find out more. Continued use of this site is deemed as consent.   CLOSE ✖