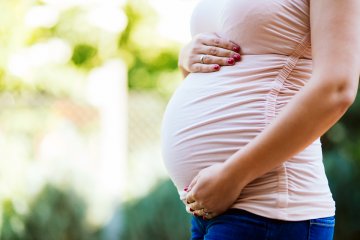 A surrogate mother has lost the appeal to keep the child she delivered in a decision at the Royal Courts of Justice after the surrogacy agreement between herself and the intended parents broke down.

The gay couple who were the intended parents and the gestational surrogate mother met online in April 2015 and proceeded to sign a surrogacy agreement that August. In September 2015, in a clinic in Cyprus, an embryo created from one of the men’s sperm and a donor egg was transferred to the surrogate mother resulting in her pregnancy. Although there was therefore no genetic link between the surrogate and the child, under UK law the gestational carrier is the legal mother. Further, given that she is married, her husband was the child’s legal father. To transfer parental rights from the surrogate and her husband to the intended couple, the latter would need to apply for a parental order after the child’s birth.

At this point the intended couple issued legal proceedings. The questions for the court to decide were:

It was decided in this case that the child would live with the intended couple. Whilst there was a surrogacy agreement in place, these are not enforceable under English law and therefore have little legal standing. This lack of certainty meant that the legal mother and father had the right to “change their minds” but this did not extend into an absolute right to keep the child. The judge’s reasoning turned principally on the welfare principle reaffirmed in the 2007 case Re N (a child):

(1) The child’s identity needs as a child of gay intended parents would be best met by living with a genetic parent.

(2) The intended couple could meet the child’s day-to-day needs in an attuned way.

(3) The intended couple were best able to promote the relationship with the surrogate mother and her husband, having remained positive about their importance despite the difficulties.

(4) The surrogate mother and her husband were unlikely to significantly change their views about the intended couple.

This judgment is reminiscent of a 2015 judgment made by Judge Alison Russell. In this case, there was a similar outcome as it was decided that the child would live with the intended gay couple after the surrogate mother reneged on the agreement made between the parties. Both cases have led to a call for there to be some tightening in the law surrounding surrogacy.

Whilst the law clearly states that surrogacy agreements are not legally enforceable but can be taken into consideration or used as evidence before a judge, it is very difficult for parties to know where they stand. The welfare principle offers a great deal of discretion and, whilst the child’s welfare is certainly the paramount consideration, the decision in such cases is rarely easy to accept for the persons who have to give the child away. It is a difficult time for all parties involved, and certainly not a typical problem for one to encounter. The importance of surrogacy for those unable to have their own biological children is undeniable and to protect this path, both surrogates and intended parents would benefit hugely from a clarification of their legal position.

The key principle in family law - that all decisions and orders will reflect the best interest of the child.
“Ayesha Vardag - Britain’s top divorce lawyer.”

Father’s application to return daughter to US likely to succeed despite mother's strong defence in MA v RA
This site uses cookies. Find out more. Continued use of this site is deemed as consent.   CLOSE ✖