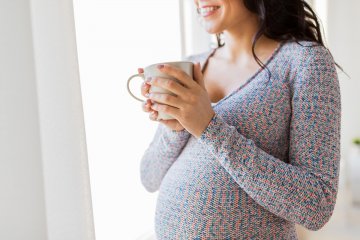 On 23 August 2017, Mr Justice Keehan delivered a judgment on the parental order application of a single mother in relation to her biological child born via surrogacy. It was decided that the applicant should be granted a qualified form of control over her child, who would be treated as a ward of court, until a remedial order could be considered by Parliament to rectify “the discriminatory effect of the present legislation”, whereby single parents are not able to apply for surrogacy.

Under UK law the biological parents of a child born via surrogacy must obtain a parental order in the family court to transfer legal parental rights from the surrogate mother (and her husband should she have one) to themselves. The application must be made within six months of the child’s birth and consented to by the surrogate mother. Under Section 54 of the Human Fertilisation and Embryology Act 2008, only couples can apply for parental orders for a child born by surrogacy: the two applicants must either be married, in a civil partnership or happily together as “partners in an enduring family relationship”. In short, English Law presently considers parental orders submitted by single parents in relation to children born via surrogacy invalid.

To summarise the context of the case: in order to assist with the couple’s fertility difficulties, a friend of the family had volunteered to be their surrogate. This entailed the surrogate being implanted with an embryo created using their own gametes and so using their own genetic information. However, during the pregnancy itself, the couple’s relationship irreparably deteriorated and ultimately collapsed, such that they separated prior to the birth of their child. The child’s biological father elected to relinquish all rights and responsibilities to his son and has since never met or had anything to do with him. The surrogate mother herself expressed that she also had no wish to be involved in the child’s upbringing or to have any legal rights or responsibilities to him, and that she “would be content for a parental order to be made in favour of the applicant if that route was in law available to her.”

However, despite their contrary wishes, legal parental status had still defaulted to the child’s biological father and the surrogate. As the dispensation of adoptive rights to the child’s biological mother would be inappropriate, it was therefore decided that the child should retain his legal status as a ward of court. This would mean that his biological mother, the only one of the three relevant parties who wished to raise him, should be awarded care over him on that basis. This was conceived as a temporary solution until Parliament could consider a revision of legislation to allow single parents to apply for parental orders, and so bring the Human Fertilisation and Embryology Act into compliance with Articles 8 and 14 of the European Convention on Human Rights, which defend the right to respect for private and family life and prohibit discrimination. Despite this, the judgment did not amount to a successful parental order application, and in Mr Justice Keehan’s own words: “these collections of orders do not make the applicant the legal parent of the child.”

Concerning the importance of parental orders, Mr Isaacs in Re X (A Child) (Surrogacy: Time Limit) EWHC 3135 (Fam) described the granting of parental status as “fundamental to the child”, something that transcends “far beyond the merely legal” – that “has the most profound personal, emotional, psychological, social and, it may be in some cases, cultural and religious, consequences.”

To be able to offer single parents the ability to have this “transformative” connection, the Government is now actively considering the terms of a remedial order that would legally entitle the mother to apply for a parental order. This order will be laid before Parliament on 9 October this year. As regards the particulars of this case, such a remedial order would have the dual effect of transforming the relationship between mother and child in the manner described by Mr Isaacs, and of delivering the mother from her current state of legal vulnerability and uncertainty.

To read more about the remedial order, click here

Vardags raise over £11,000 for Smart Works
This site uses cookies. Find out more. Continued use of this site is deemed as consent.   CLOSE ✖