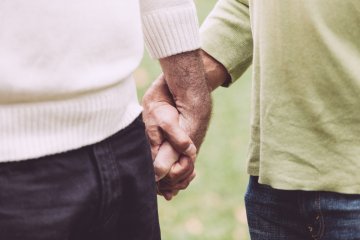 In a landmark ruling, a former cavalry officer has won his battle to provide his husband with the same pension rights that a wife would receive.

Yesterday, Lord Kerr, Justice of the Supreme Court, handed down a unanimous judgment that the husband of Mr John Walker, 65, will have access to an income of approximately £45,000 a year for the rest of his life, should Mr Walker die first.

Had the court not found in Mr Walker’s favour, his husband would have expected to receive just £1000 per annum, as current law allows companies not to extend benefits accrued before 5 December 2005 to couples in gay marriages or civil partnerships. As Mr Walker left his job at chemicals company Innospec in 2003 and the Act did not come into effect until December 2005, his employer had no legal requirement to offer the husband equal rights to his pension.

By contrast, if Mr Walker had entered into a heterosexual marriage between his employment at Innospec coming to an end and his death, his wife would be entitled to half of his total pension after his death, in accordance with the majority of occupational pension schemes. The injustice appears particularly stark in light of the fact that Mr Walker has been in a relationship with his husband, a 52-year-old former computer executive, since 1993. The pair entered into a civil partnership in January 2006, which was later converted into a marriage.

Following Innospec’s refusal to pay out a full spousal pension, Mr Walker took his case to an employment tribunal, which upheld his claim for discrimination. However, the Employment Appeals Tribunal allowed Innospec’s subsequent appeal, a decision which was upheld in the Court of Appeal. The appellant then brought his case before the Supreme Court, which yesterday unanimously allowed his appeal and declared that the exemption for employers to exclude civil partners from spousal benefits paid in before December 2005 under the Equality Act 2010 was "incompatible" with EU law and as such "must be disapplied".

ALTHOUGH EU LAW DOES NOT IMPOSE ANY REQUIREMENT ON MEMBER STATES TO RECOGNISE SAME-SEX PARTNERSHIPS, THE EUROPEAN COURT OF JUSTICE HAS HELD THAT IF A STATUS EQUIVALENT TO MARRIAGE IS AVAILABLE UNDER NATIONAL LAW, IT IS DIRECTLY DISCRIMINATORY CONTRARY TO THE FRAMEWORK DIRECTIVE FOR AN EMPLOYER TO TREAT A SAME- PAGE 7 SEX PARTNER WHO IS IN SUCH A PARTNERSHIP LESS FAVOURABLY THAN AN OPPOSITE-SEX SPOUSE (MARUKO V VERSORGUNGSANSTALT DER DEUTSCHEN BÜHNEN (CASE C-267/06) 2 CMLR 32). THUS IN THE UK IT IS UNLAWFUL AS A MATTER OF BOTH EU AND DOMESTIC LAW FOR AN EMPLOYER TO DENY A SAME-SEX CIVIL PARTNER OR SPOUSE OF AN EMPLOYEE A BENEFIT THAT WOULD BE PROVIDED TO A SPOUSE OF THE OPPOSITE SEX.

Critical to the argument in this case was whether granting Mr Walker full spousal pension rights was a retrospective change to the law or whether it was a decision which affected future effects of the legislation. There is a very strong presumption against laws having retrospective effect as it is unfair to force obligations on people of which they had no anticipation at the time.

The Supreme Court acknowledged "the need to ensure legal certainty and to protect the legitimate expectations of those who rely on the law as it was thought to be" but rejected the Court of Appeal’s decision that Mr Walker’s pension rights were fixed at the date of his retirement. Rather, as any wife he married between retirement and death would be entitled to a full widow’s pension, this was deemed to be an ongoing benefit. It is therefore unlawful to discriminate between a heterosexual spouse and a homosexual spouse that was taken in retirement.

Accordingly, the Supreme Court ruled that Mr Walker’s husband is entitled to a spouse’s pension, providing they remain married until Mr Walker’s death.

Mr Walker hailed the ruling as a “a victory for basic fairness and decency". He stated that now "this absurd injustice has been consigned to the history books", he and his husband could "now get on with enjoying the rest of lives together."

For Mr Walker, this change was long overdue:

“IT IS TO OUR GOVERNMENT’S GREAT SHAME THAT IT HAS TAKEN SO MANY YEARS, HUGE AMOUNTS OF TAXPAYERS’ MONEY AND THE UK’S HIGHEST COURT TO DRAG THEM INTO THE 21ST CENTURY. IN THE YEARS SINCE WE STARTED THIS LEGAL CHALLENGE, HOW MANY PEOPLE HAVE SPENT THEIR FINAL DAYS UNCERTAIN ABOUT WHETHER THEIR LOVED ONE WOULD BE LOOKED AFTER? HOW MANY PEOPLE HAVE BEEN LEFT UNPROVIDED FOR, HAVING ALREADY SUFFERED THE LOSS OF THEIR PARTNER?

He also called for equal pension rights to be enshrined in statute following Brexit. Under the Repeal Bill, published today, the supremacy of EU law would be brought to an end. Existing EU-derived law would be converted into UK law, which could only be subsequently be amended or scrapped via new legislation. However, following today%27s news that 1,000 “corrections” to EU law will be made under the Bill without MPs necessarily voting on them, critics are concerned that this will give ministers free reign to change parts of the law that they "do not like". In light of this, it is easy to see why Mr Walker is seeking "a formal commitment that this change will stay on the statute books" from the Prime Minister.

During the dispute, the Department for Work and Pensions, which did not support Mr Walker’s case, warned of the potential ramifications for pension schemes, should Mr Walker emerge victorious. Once a precedent for retroactively equalising pension entitlements had been set, they warned, costs "£100 million for private sector schemes and a further £20 million for public sector schemes" could be incurred. Of the ruling, a DWP spokesperson said they were "reviewing the implications of this judgment in detail and will respond in due course."

Legal recognition of a same-sex relationship, introduced in 2005. Now an alternative to same sex marriage.

Law made by the European Parliament, which applies to all European countries.
“Ayesha Vardag - Britain’s top divorce lawyer.”

Practice Direction 12D amended following Munby P's judgment 'In the matter of a Ward of Court [2017]'
This site uses cookies. Find out more. Continued use of this site is deemed as consent.   CLOSE ✖