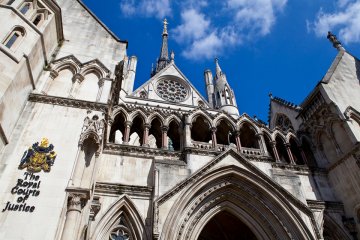 This morning the Supreme Court handed down the hotly anticipated judgment in the case of Ilott v The Blue Cross and others, which unanimously found in favour of three animal charities in a long-running will dispute.

The case concerned the estate of Mrs Jackson, a woman who passed away in 2004, the majority of which was left to The Blue Cross, the RSPB and the RSPCA. Mrs Jackson’s will made no provision for her estranged daughter, Mrs Ilott, from whom she had been alienated from for the best part of 26 years. After her mother’s death, Mrs Ilott made an application under the Inheritance (Provision for Family and Dependants) Act 1975 (‘the 1975 Act’) for reasonable financial provision from the deceased’s estate.

In 2007, the District Judge found that Mrs Jackson’s will did not make reasonable financial provision for her daughter, who was married with five children and had a household net income of just £20,000 per year. As such, the judge awarded Mrs Ilott £50,000 from the £486,000 estate. Mrs Ilott fought successfully for a larger award in the Court of Appeal, which held that the District Judge had erred in his approach. The Court of Appeal found that DJ Million was wrong in holding that the award should be limited due to the duration of the estrangement and the fact that Mrs Ilott had not expected to benefit from the estate, without identifying what the award would have been in the absence of such factors. They also called attention the the fact that the District Judge had made the award without knowing that some of Mrs Ilott’s benefits would now not be payable as they were subject to a savings cap of £16,000.

Having reevaluated the claim, the Court of Appeal awarded the daughter £143,000 to buy her home and £20,000 available in one or more installments, so that it would not affect Mrs Ilott’s benefits entitlement.However, the charities then launched their own appeal to the Supreme Court. In December, Lords Neuberger, Kerr, Clarke, Wilson, Sumption and Lady Justice Hale were tasked with determining whether the Court of Appeal were wrong to set aside the original award, and whether it had erred in its approach to the maintenance standard enshrined in the 1975 Act and its application of the balancing exercise (required under the 1975 Act to weigh up any competing factors).

The Supreme Court found that the District Judge "did not make either of the two errors on which the Court of Appeal relied to revisit his award". In regards to his consideration of the period of estrangement between mother and daughter, Hughes LJ held that DJ Million was entitled to "attach importance to the closeness of the relationship in arriving at his assessment of what reasonable financial provision requires." After all, the hostility between the pair "was the reason the testator made the will she did."

As to the Court of Appeal’s suggestion that the award was made in ignorance of how it would affect Mrs Ilott’s benefits and would therefore be of little value to her, Hughes LJ notes that the District Judge did in fact twice discuss the impact on the daughter’s benefits. Further, it was incorrect to assert that the award was lacking in value because of its effect on her benefits. If Mrs Ilott were to use the award for the replacement and repair of essential household items as per her needs, "the impact on the family’s benefits would be minimised because she could put the household onto a much sounder footing without for long retaining capital beyond the £16,000 ceiling at which entitlement to Housing and Council Tax Benefits is lost."

Hughes LJ reminded the court that reasonable financial provision under the 1975 Act, for all but spouses and civil partners, is defined as "such provision as it would be reasonable for the applicant to receive for maintenance". In turn, maintenance "must import provision to meet the everyday standards of living" but "cannot extend to any or everything which it would be desirable for the claimant to have".

DJ Million’s order notwithstanding, the Supreme Court was also critical of the Court of Appeal’s approach, particularly its failure to give appropriate weight to the deceased’s wishes. Lord, in the opening paragraph of the judgment, emphasises that English law "recognises the freedom of individuals to dispose of their assets by will after death in whatever manner they wish."

Giving the unanimously approved judgment of the court, Lord Hughes ruled that the that the order of the Court of Appeal be set aside, and the order made by DJ Million be restored.

Baroness Hale, giving a supplementary judgment, called attention to the "unsatisfactory state of the present law", exemplified by the protracted nature of these proceedings, with "no guidance as to the factors to be taken into account in deciding whether an adult child is deserving or undeserving of reasonable maintenance" available.

Hannah Southon, Director of Contentious Trusts, Wills and Probate at Vardags welcomed the judgment for upholding the freedom of testators and defending the validity of charities as beneficiaries:

Today’s judgment from the Supreme Court does not change the law. Adult children have always been able to make a claim for provision from their parent’s estate under the Inheritance (Provision for Family and Dependants) Act 1975. However, it does represent an important re-balancing of all the various factors that the Court will consider when deciding whether reasonable provision has been made for the applicant, in favour both of testamentary freedom and charities. It is a particularly important ruling for charities, which carry out important work for the public good and which rely for a significant proportion of their income on bequests, but which previously tended to be regarded as a less important category of beneficiary. The decision should also provide some comfort to testators anxious to avoid challenges being made to their wishes after their death. However, such claims always remain a risk and it is important that anyone considering making a will in circumstances in which they fear a challenge might be made should seek advice as to how that risk can be mitigated.

Scarlett Johansson 'files for divorce' from husband Romain Dauriac
This site uses cookies. Find out more. Continued use of this site is deemed as consent.   CLOSE ✖