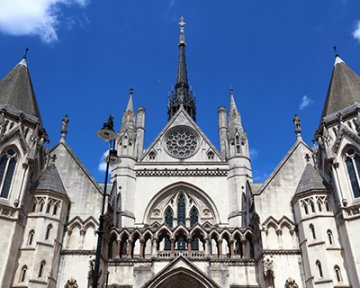 The Supreme Court has struck a blow against cheats in landmark rulings on the cases of Sharland v Sharland and Gohil v Gohil. The highest court in the land has allowed the appeals lodged by Alison Sharland and Varsha Gohil, thus meaning that fraud will have a bearing on financial remedy proceedings in the family courts. Back in June, seven judges of the Supreme Court heard the cases of two divorced women, Alison Sharland and Varsha Gohil. Both women argued that their ex-husbands had got away with giving them less on their divorce than they should have…because they had not provided the necessary full and frank disclosure required of them. The facts of each others cases were different, but tied together with common threads of dishonesty. In Ms Sharland’s case, her ex-husband Charles Sharland had been in talks with investment bankers in New York City as part of active preparations for an initial public offering of a company he had founded, AppSense. But Mr Sharland had not been open and honest about this public offering, which suggested his company could have been worth around £600million. Given that Ms Sharland believed the £10million she left the marriage with to be around half his fortune, this revelation left her feeling short-changed. Varsha Gohil’s divorce involved substantially less in the way of matrimonial assets – at least initially – she was awarded £270,000 and a car from the end of her marriage. When her ex-husband, Bhadresh, was subsequently convicted of money laundering sums of up to £37 million, it became shockingly clear that she too had been misled as to her husband’s true value.

Lord Neuberger, Lady Hale, Lord Clarke, Lord Wilson, Lord Sumption, Lord Reed and Lord Hodge, who heard their conjoined permissions to appeal back in June, had the task of determining what impact this fraud should have on these women’s financial proceedings. Is it right that this fraud should be ignored simply because it might not have affected the settlement anyway? Is this in keeping with the approach taken by civil courts?

In both cases, all seven judges unanimously determined that the women’s appeals should be allowed.

Announcing the court’s only judgment in the case of Sharland v Sharland, Lady Hale stated that “Mrs Sharland’s application for financial relief will return to the Family Division of the High Court for further directions.” She emphasised “the parties’ duty to make full and frank disclosure of all relevant information to one another and to the court.”

Vardags President Ayesha Vardag has previously said that this is the outcome she would welcome:

I would like to have a firm principle that fraud unravels all; if you find that there has been fraud in a divorce settlement or in a court hearing, that unpicks the whole lot and you start afresh, you get to have another look at it and more than that, there are penalties for those who deceive the courts.

As a matter of principle, are important in terms of sending a message to people that they can’t lie to the court. The courts won’t put up with being lied to.

In the wake of the Supreme Court judgments, Vardags director Georgina Hamblin said:

The Supreme Court has today turned up the heat on fraudulent non-disclosers in divorce proceedings. For years, it had been the job of the innocent party to prove that their spouse had lied and that their lie had materially impacted the financial award made on divorce. Now it is for the fraudster to do the hard work. The decision means that the cheater will themselves have to prove to the court that their lie, if discovered before the order was made, would have had no impact upon it - A hard thing to prove. This shift demonstrates the courts’ disdain towards dishonesty and determination to warn divorcees away from the temptation to play dirty.

Foreign domicile changes in the law
This site uses cookies. Find out more. Continued use of this site is deemed as consent.   CLOSE ✖