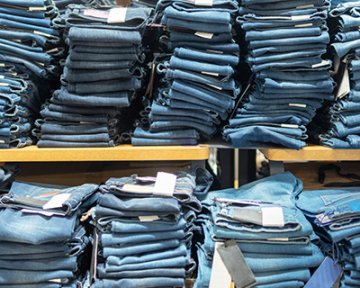 Julian Dunkerton, a founder of the Superdry clothing chain, has sold £48 million worth of shares to finance his divorce. He is worth an estimated £263 million.

The sale represents four million shares of SuperGroup, or five per cent of the company. Dunkerton remains the largest shareholder, holding just over a quarter of the company. This is the only time he’s sold shares in six years, since the company was first listed.

Shares fell nearly six per cent after the sale, according to the Daily Mail. Superdry has over 500 stores and concessions worldwide, as well as celebrity supporters including David Beckham and Idris Elba, who designed his own clothing line for Superdry.

Dunkerton entered the clothing industry in 1985, when he opened a market stall in Cheltenham called Cult Clothing. “I saw that all the clothes I could buy in London, like winkle-pickers, were not available,” he said. “So I went down to London, bought bagfulls and started selling them.”

What began as a humble market stall grew into a nationwide chain over the next 15 years. Dunkerton joined James Holder, the founder of Bench, in 2003 to found Superdry, a brand which combines Japanese graphics and cultural references with North American street style.

Holder’s story shares many similarities with Dunkerton’s. Holder started out selling T-shirts from the trunk of a car before going on to found a wildly successful fashion brand. Holder also sold shares to fund his divorce in 2013—though his £20 million stake sale pales in comparison to Dunkerton’s £48 million.

Dunkerton and his wife, Charlotte, put their home outside Cheltenham up for sale last summer. The asking price is £6.5 million. Dunkerton allegedly plans to move to Dowdeswell Court, a £7.7 million mansion nearby, which he also owns.

Can oxytocin levels predict divorce?
This site uses cookies. Find out more. Continued use of this site is deemed as consent.   CLOSE ✖