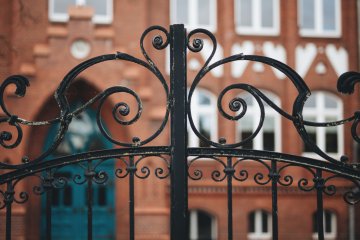 Attempts to obstruct contact by one parent with the child(ren)’s other parent can take many forms – it is not always as explicit as simply refusing to allow a child to see another parent where their parents are separated.

Instead, obstructive parents can come up with a wide variety of excuses to reduce or restrict contact. While such measures may be more subtle, that does not mean nothing can be done.

If a parent is committed to trying to restrict the contact time of their former partner and other parent of their child, there are a wide range of excuses they may employ. Ranging from the logistical to the temporary, these could include:

Unlike more explicit attempts to block contact, such as a parent openly refusing to follow previously made orders, tactics such as these are more insidious. By utilising the false pretence that such arrangements have been based purely on the wishes of the child, unscrupulous parents try to disguise their true motivation. In any event, children need the responsible adults in their lives to provide them with structure and certainty, to tell them when they are to spend time with each of their parents. The burden of deciding how to split their time should not be placed on their young shoulders, particularly with younger children.

Unfortunately, as we have written about before, the Covid pandemic has been a gift to such unscrupulous parents, offering an entirely new range of excuses they can employ. While travel for the purpose of child arrangements has long been exempt from government restrictions, this has not prevented a number of parents from claiming concern over possible exposure. Beyond this, the need to self-isolate is one of the most common reasons cited by parents looking to block contact, often without any medical need.

Excuses can also be more offensive – rather than stating that they and the child must self-isolate, some parents accuse the other, without any grounds, of breaking Covid regulations and therefore endangering the child. With long court backlogs, such accusations, however frivolous, can be hard to refute.

What can be done?

If a co-parent has been repeatedly attempting to block the time you are able to spend with your child, no matter how subtly, the courts can help.

The first and most crucial step is to get a child arrangements order in place. A binding court order, this will govern who the child lives with as well as how much time they spend with each parent. Crucially, such orders can in some circumstances also govern when and where this contact takes place. Therefore, if these arrangements are not complied with, the parent in breach of the order can be found to have not complied with the order and the court has a range of powers to enforce the order.

As with many other court orders, if both parties are unable to agree child arrangements outside of the court arena, they will have to attend a mediation information and assessment meeting (MIAM) before they can lodge an application with the court (unless any of the exceptions apply to them). If a form of alternative dispute resolution, such as mediation, is not considered appropriate for their case or has been unsuccessful, they can apply for a child arrangement order. This order will contain an attached warning, stating the penalties for the parent in breach if the order is not followed.

What can be done if a parent refuses to comply with an arrangements order?

As child arrangement orders are binding, refusing to comply has serious consequences. If a parent continues to breach the terms of the order, the other can apply to enforce the order.

When an application for enforcement is made, the court will consider any potential reasons for the breach of the terms and after assessing these, will determine whether a breach has been made and if so, whether it was reasonable for that parent to fail to comply with the order. If a child arrangements order has been knowingly breached the court can order a wide range of penalties: from 40-200 hours of unpaid work to, at the most extreme end of the spectrum, fines and imprisonment.

Sometimes breaches may occur because of poor drafting in the original child arrangements order or because of material changes in circumstances. In such circumstances, the court also has the power to vary the original agreement to recognise this new situation. A parent who has parental responsibility for a child can consider making an application to vary an existing child arrangements order to avoid falling in breach of it if there has been a material change in circumstances which means it simply does not work anymore in the best interests of the child.

Hart v Hart [2017]: needs and ‘mingled assets’
This site uses cookies. Find out more. Continued use of this site is deemed as consent.   CLOSE ✖