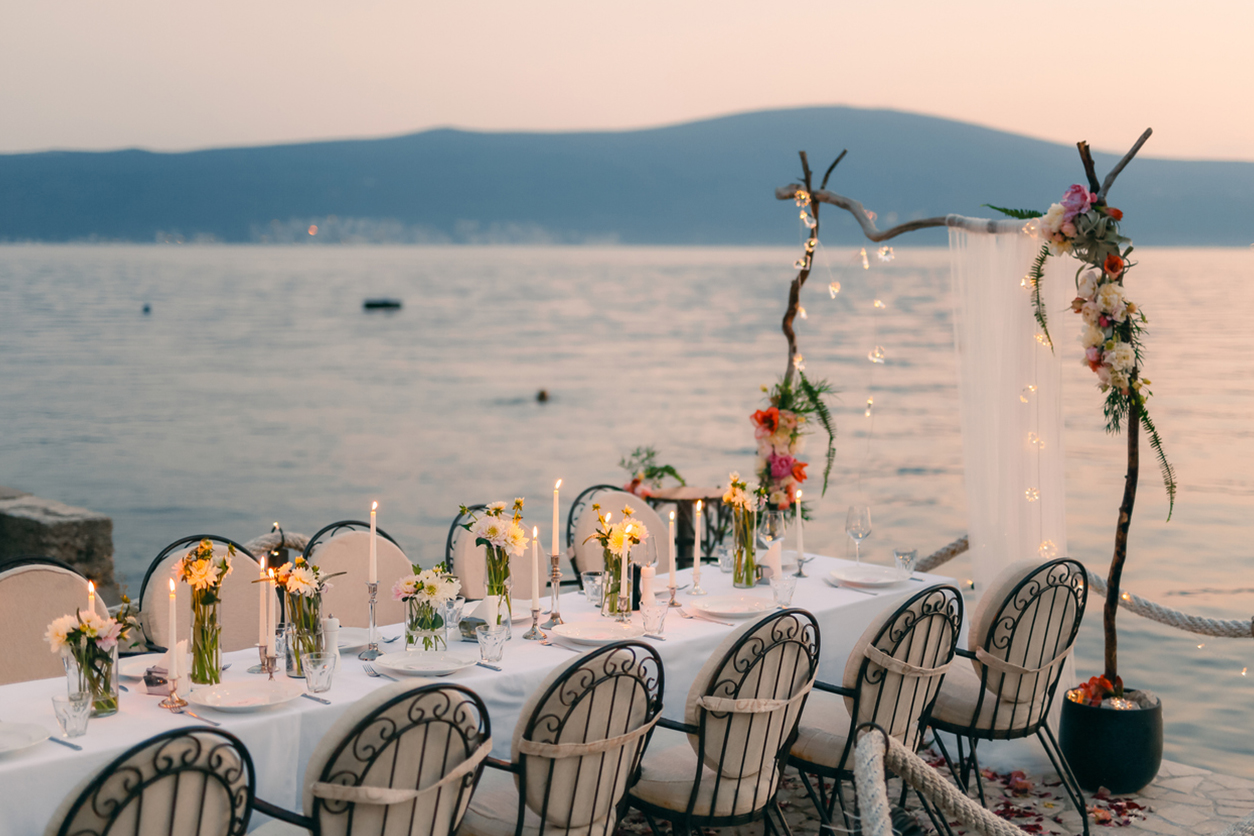 If asked to picture a wedding most people picture a parish church, with flowers and pews of guests in dresses and morning suits.

While religious ceremonies are fairly straight-forward in that they take place on religious premises, in recent years cheaper airfare and pricier ceremonies have led to a rise in exotic and fanciful venues for civil weddings.

The law is very strict on what in the UK amounts to a valid marriage ceremony, and couples with grand illusions of beach side ceremonies or hot air balloons may have to look overseas or else be disappointed.

Weddings in the UK have to take place in a register office, or religious premises or venues approved by the local council. Civil marriages can’t take place in a venue that has religious connotations, past or present. Venues have to be licensed, open to the public and for the most part the great outdoors are ruled out. Though marquees might be popular for receptions, tents and any kind of temporary structures are out of the question. The need for premises to be permanent and fixed in place to be licensed (so that you can’t have rogue, pop-up wedding venues) means that most forms of transport aren’t permitted either.

If the uncertain weather of the home front does not appeal, you can consider jetting off overseas, Your marriage or civil partnership should be recognised in the UK if you follow the correct process according to local law - you won’t need to register it in the UK.

If you are not religious and keen to remain homeward bound, you will not be short of choice for unorthodox venues. Manchester has an Edwardian swimming baths licensed for weddings, Cornwall a subterranean cave. Plymouth%27s National Marine Aquarium hosts weddings onlooking the sea-life. Loyal pub goers will be delighted to hear the announcement that Wetherspoons is offering an all-inclusive wedding package at the flagship Fleet Street Knights Templar branch of the budget pub. The Knights Templar, a converted banking hall, is so far Wetherspoons%27 only licensed wedding venue. The announcement will come as good news for married couples-to be given that a survey last year put the cost of the average wedding in the UK at an astronomical £27,000.

You can see the Home Office’s list of approved civil marriage and civil partnership venues here.

What's in a name? Married names after divorce
This site uses cookies. Find out more. Continued use of this site is deemed as consent.   CLOSE ✖