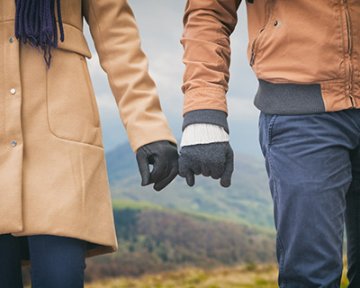 With attitudes towards gay marriage, cohabitation and pre-marital sex becoming significantly liberalised in recent years, you’d be forgiven for thinking that this goes hand in hand with an increasing acceptance of divorce. However, a recent report conducted by the National Center for Health Statistics reveals that, at least in the United States, this is not the case.

The NCHS surveyed American men and women of various ages across three periods of time: 2002, 2006-2010 and 2011-2013 and found a steady decrease in the percentage of those who agree with divorce across the board.

When asked whether they agreed that divorce is usually the best solution for a couple who can’t work out their marital problems, in the most recent survey, 38% of women and 39.3% of men concurred with this statement. Compare this with a decade earlier, when 46.7% of women and 44.3% of men agreed, and the idea of US society as increasingly permissive and open-minded is certainly called into question.

So, does this herald a U-turn in family values? Will the nuclear, hetero-normative family unit once again be considered the only advisable way of life?

Well, not quite. The study also quizzed respondents on issues such as pre-marital sex and cohabitation, single parenthood and gay adoption and found that, on the whole, American citizens are becoming more accepting of ‘non-traditional’ lifestyles. This last topic demonstrated a particularly dramatic societal shift, with the number of women who believe that gay and lesbian couples should have the right to adopt increasing by over 19% in 10 years. For men, the change in opinion was even more dramatic, with those in agreement rising by nearly 21% within this time-frame.

This begs the question: what is it about divorce that’s touching a nerve in the USA today? A closer look at the data is certainly revealing. For instance, the 2011-2013 report showed that men aged 35-44 were 7.4% more likely to see divorce as a valid solution to seemingly irreconcilable marital problems than those in the 25-34 age bracket. As people are marrying later in life, we can speculate that those in younger age range are more likely to be unwed and thus less aware of the realities of marriage, in comparison to the older respondents who have perhaps experienced their own marital issues.

In interview with NBC News, family and marriage researcher Wendy Manning identifies a possible link between marrying later in life and disapproval of divorce, claiming “Marriage is becoming so selective that maybe people think if you achieve this status, you don’t want to end it”.

Rejecting marriage in favour of cohabitation is no longer a social taboo and, outside of conservative religious communities, there is often little pressure to tie the knot. Perhaps the majority feels that those marrying today should be held more accountable for their choice and honour their commitment.

Another theory posits that the media sensationalism of celebrity divorce cases could be negatively impacting the public opinion - contributing to the moral panic that divorce is endemic in today’s society, despite the fact that it is actually in decline.

The NCHS’s research indicates that negative attitudes towards divorce stem from the notion that, today, divorce is preventable - by marrying later in life, cohabiting before getting hitched or simply avoiding marriage altogether.

I asked Bella, a 25 year-old copywriter whether her ambivalence towards marriage is influenced by the prospect of divorce. Her answer? “Definitely. You hear all these scary statistics about the amount of marriages that fail these days.”

However, she added “But in a way that’s not a total negative because it means people aren’t necessarily stuck in bad marriages”.

Perhaps that’s food for thought for those who reject the notion of divorce. Whilst it’s comforting to believe that a particular approach to marriage will ensure it lasts forever, this doesn’t account for the curveballs that life can throw at any of us.

Congratulations to our newly qualified solicitors
This site uses cookies. Find out more. Continued use of this site is deemed as consent.   CLOSE ✖