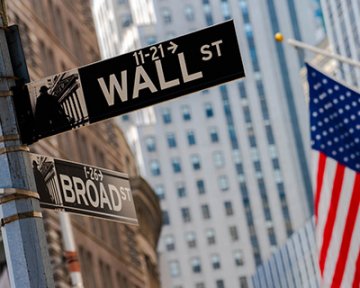 Yesterday brought good news for SAC Capital Advisor LP founder Steven A. Cohen, as Chief Judge Loretta Preska dismissed a long-running lawsuit in which the hedge fund manager’s ex-wife accused him of having duped her out of millions during their divorce.

Patricia (née Finke) and Steven A. Cohen wed in 1979, when the latter was a promising young trader. Throughout the 1980s, Patricia cared for their two children whilst Steven continued to thrive in Wall Street. The couple first split in 1988, and in 1990 their divorce was finalised.

In a 1988 disclosure, Mr. Cohen declared his net worth to be $16.9 million, but later recalculated this at $8.2 million to account for “a bad real estate investment”. In the final settlement, Ms Cohen was awarded $1 million in cash from Steven, in addition to their Upper East Side apartment, then valued at $3.8 million.

Nearly 20 years after the divorce, in December 2009 Patricia sued Steven for $300 million, alleging that he had “concealed millions of dollars of assets”, through a “pattern of racketeering activity”. However in 2011, this lawsuit was dismissed, when a judge ruled that Patricia had taken too long to sue.

In yesterday’s ruling, Judge Preska noted that “the record showed that Ms Cohen ‘suspected Steven of fraud in 1991 and 2006’, more than two years before she sued…and that the statute of limitations had run out”.

With regards to the current proceedings, Judge Preska ruled that Ms. Cohen had “failed to show that her former husband fraudulently hid $5.5 million from a soured 1986 New York City real estate transaction, enabling him to lowball his net worth.” Thus, the lawsuit was dismissed.

Via Reuters, Ms. Cohen’s lawyer Gerald Leftcourt stated that his team “respectfully disagree with the decision” and plan to launch an appeal. With the case entering its seventh year, it seems that closure is not yet on the horizon for Mr and Ms Cohen.

How can I pay my lawyers?

Bolivia bars men with history of domestic violence from public office
This site uses cookies. Find out more. Continued use of this site is deemed as consent.   CLOSE ✖