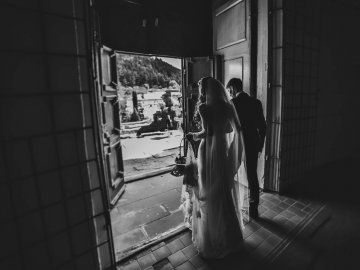 New Year has been busy for a handful of the great and good, whose situations, taken together, paint a picture of the sheer complexities of modern relationships.

First up is the well-received news that professional polymath Stephen Fry has become engaged to his stand-up comedian partner, 27-year-old Elliott Spencer. Apart from some snide observations that the latter is a good 30 years younger than the former, the public response has been overwhelmingly positive. Well-wishing has flooded in for Fry on Twitter from his 8 million-strong army of Twitterati, including messages from luminaries such as gay rights campaigner Peter Tatchell and comedian Robert Webb. Fry himself was allegedly brought to tears by the public outpouring of affection. In fact, it seems that he was in such a good mood that he didn’t even mind when his new fiancé accidentally scraped the side of his Bentley when reversing it out of the garage.

According to reports, the pair plan to marry next year in Norwich. It’s another auspicious moment for the relatively new phenomenon of same-sex marriage, coming only a matter of weeks after news that another national treasure, Sir Elton John, formally married his long-time partner David Furnish just before Christmas. They had previously been in a civil partnership since 2005. Meanwhile, over in Scotland, several gay and lesbian couples ushered in Hogmanay by tying the knot; they are the very first same-sex marriages to be conducted north of the border since the Marriage and Civil Partnership (Scotland) Act came into effect on 16th December 2014.

However, there’s a little more unease associated with the news of Imran Khan’s nuptials. The former cricketer turned politician has revealed, somewhat belatedly, his marriage to former BBC journalist Reham Khan. Like Elton John, he too married in December, but was strangely evasive about the union, telling social media: ’The reports of my marriage are greatly exaggerated’.

It now seems that the reports were true, with a picture of him at the ceremony – decked in a silk sherwani with his new wife opting for a traditional embroidered lehenga. Sadly, Mr Khan’s family in Pakistan are said to be unhappy about the match, because his new bride is a divorced mother of three. Mr Khan’s ex-wife, Jemima Khan, has consequently announced that she will now be reverting back to her maiden name, becoming a Goldsmith once again.

Finally, in an indication of how just how complicated things can get in the world of modern relationships, English actress Talulah Riley is getting divorced for a second time… from the same man. The rising star married billionaire entrepreneur Elon Musk – a co-founder of PayPal – in 2010; they divorced for the first time in 2012, with Musk announcing the amicable split affectionately on Twitter. The separation was short-lived, however, as they swiftly remarried in July 2013. This second split sees Talulah reportedly accept an award of $16 million (£10.3 million).

If there’s one thing we can take away from the New Year news, it’s that however strange your marital circumstances, it’s likely to involve some sort of interaction with the faux pas-friendly platforms of social media.

Scottish law on immoveable assets: reforms proposed
This site uses cookies. Find out more. Continued use of this site is deemed as consent.   CLOSE ✖