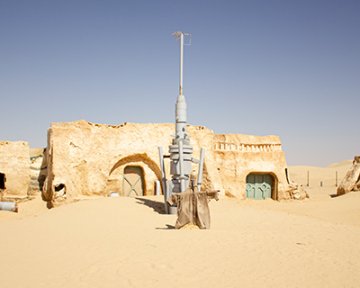 For our second dip into the Star Wars Universe we’re going to be looking at the main character of The Force Awakens, Rey.

Rey’s story has rather more obvious parallels with the real world than that of Kylo Ren (you can read about how he relates to family law here), but as before, this blog contains spoilers, so if you’re yet to see the latest Star Wars film, stop here.

We’re first introduced to Rey as a scavenger on the desert planet of Jakku where she collects scrap from the wrecks of spaceships in exchange for meagre rations. It soon becomes clear that she has the ability to leave the planet any time she wishes but chooses not to, as she’s waiting for the return of a family who abandoned her as a child. The Force Awakens does not go into any further detail about Rey’s family or their reasons for leaving her, something which will doubtless be explored in later films, had Rey been abandoned in Britain in 2016 instead of a long, long time ago in a galaxy far away, their intentions would not have mattered.

In legal terms, child abandonment is where a parent leaves their child alone (not with a friend or relative, as was the case for Rey’s predecessor, Luke Skywalker) with no intention to return. The NSPCC includes child abandonment in the bracket of abuse and neglect, and if a parent is found to have been compos mentis when they abandoned their child, then they are likely to receive a custodial sentence. However, even if other factors such as postpartum depression came into play, a child who has been abandoned will be removed from the care of their abandoner and placed either with a relative, where possible, or with a foster family.

Child abandonment has very serious consequences for the child who has been left alone, both in terms of their short term physical well-being and long term mental health. Most abandoned children will not grow up to be the heroes or heroines of a sci-fi adventure and, in the most heart-breaking cases, will not grow up at all. While we often only hear about particularly extreme examples, according to the NSPCC’s 2015 report there were 7,600 known instances of child neglect or abuse from 2013 to 2014, an increase of 1,600 from the previous 12 months. While this may in part be due to a rise in the rate of reporting, it’s clear there’s an issue here that deserves consideration outside the world of Star Wars.

The first female lawyers (part 2)
This site uses cookies. Find out more. Continued use of this site is deemed as consent.   CLOSE ✖