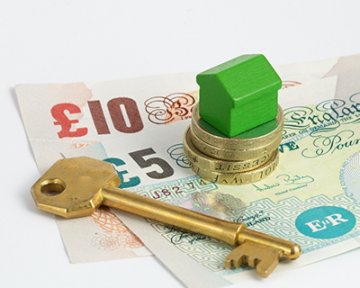 Changes to the Stamp Duty Land Tax, which came into effect on 1 April 2016, add a new layer of complexity to divorce cases. Indeed, confusion over the implementation of the tax resulted in the potential for hundreds of trial re-runs.

The stamp-duty surcharge, which is three percentage points on top of the property’s existing tax liabilities, is charged on second homes, including buy-to-let properties. The implications for divorcees who have been awarded interest in second homes or investment properties, but where the tax liability on these homes was not taken into account, is severe.

Additionally, in instances where divorcing couples have elected to purchase separate homes, while maintaining the original marital home, these will be taxable at the new surcharge rate. It should be noted, however, that if one party sells back the share in the home to the other party within 36 months, then the tax is refundable by HMRC.

The confusion is only increased by the potential tax benefits from divorce resulting from the changes. Since a married couple is treated, for legal purposes, as a single individual, in a situation whereby one spouse bought an additional home on top of the marital home, this would be liable to be taxed at the additional rate under the new rules. On the other hand, were the couple simply cohabiting, and therefore two individuals for legal purposes, they could potentially own two homes between them before encountering the new charge.

We are all used to media complaints about the cost of getting divorced in the UK. It is therefore almost refreshing to read stories such as that of Claire Glen, who told The Telegraph that she owned a home in London, which she let when she moved in with her husband in Manchester. They are now planning to sell this home in Manchester and move into a new one. As a result, due to the effective joint-ownership of the London home, they are liable to the surcharge on stamp duty for the new home. This means that they could be £20,000 better off were they not married (or divorced).

The full implications of re-trials for divorce cases remain as yet unclear. What is clear is that lawyers will need to grasp the importance of legislative changes to the duty in relation to family law in the future in order to avoid the additional time and costs created in this instance. Changes to the Stamp Duty Land Tax, which came into effect on 1 April 2016, add a new layer of complexity to divorce cases. Indeed, confusion over the implementation of the tax resulted in the potential for hundreds of trial re-runs.