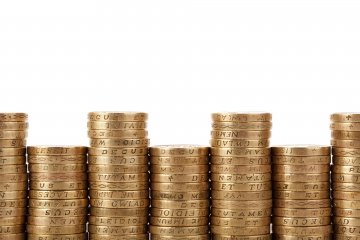 As family life becomes more complex, people are turning to the courts to resolve their issues but the law itself is yet to catch up. As a result, these many and varied cases are taking longer to be resolved, placing a burden upon the courts and prolonging proceedings. Leading judges have recently commented on the current pressure facing the family justice system and proposed ways in which this pressure might be alleviated. One new solution is the introduction of specialist financial remedy courts to shift financial wranglings away from the general courts.

A key challenge facing the family justice system is the speed at which our society is advancing. It is commonly acknowledged that our family laws are no longer fit for modern society and do not adequately provide for the myriad of case types that now come before the court. High Court Judge Mr Justice MacDonald, speaking at the Association of Lawyers for Children conference last week, said that the matters put before the family courts today were rarely, if ever, seen two decades ago. Allegations of child trafficking and modern slavery, cases concerning IVF treatment and surrogacy agreements, and multi-jurisdictional child cases are but a handful of the variety of family issues the courts are being asked to consider. Mr Justice MacDonald commented that “these developments consequent upon a rapidly changing world pose significant challenges when it comes to seeking to ensure the integrity and efficacy of children’s rights”. The fact that our laws are non-comprehensive creates uncertainty and leaves issues open to challenge and debate. Mr Justice MacDonald said:

“It is undesirable for a small cadre of judges, however fair, impartial and enlightened they may be, to dictate what the law should be with respect to complicated social, political and philosophical questions of interest to society as a whole.”

One of the major preoccupations of the family courts is divorce and the many aspects of family law that can be tied up in these proceedings. One of the main criticisms of the divorce process is that it is taking too long. Last year the Ministry of Justice found that the average number of weeks taken to obtain a decree absolute rose to 49, up from 42 in 2006. For those fighting over finances, most often in high net worth divorce, a huge amount of court time and resources go into finding a solution.

To ease the pressure on the courts struggling with a multitude of divorce cases, Sir James Munby, President of the Family Division, recently announced plans to introduce specialist courts to hear the financial claims involved in the divorce cases of the “super rich”. By moving suitable cases to specialist financial remedy courts, it is hoped that the delays and inefficiencies experienced in the general family courts will be reduced. These specialist courts will mean that cases are heard by judges with a greater level of expertise, and will allow for better judicial continuity in cases. Moving these financial cases to a separate court will improve the time taken for the matter to be resolved as it should become less frequent that a hearing date is moved in order for a priority case to be heard, such as an emergency child protection order, and judges have the expertise to deal with the cases more swiftly. The separation of divorce and finances should, therefore, result in a better outcome for the parties involved as well as the courts more generally.

Following the recent surge in calls for an overhaul in marriage laws, professionals are welcoming the announcement. John Oxley, divorce barrister at Vardags, said:

“This change will ensure that specialist complex cases are heard by specialist judges, with the right support in place in the court centres."

These courts will be piloted in London, the West Midlands and southeast Wales from February. It is hoped that an improvement will be seen with regards to both complex financial divorce cases, as well as to other family law cases. Moving these financial cases from the courts will free up court resources to handle other family matters.

While progress may be slow, the strain on the family justice system is clearly a pressing issue, one which professionals and academics are working together on in order to develop solutions. Understanding why cases come to court and why they take the time that they do is fundamental to making progress. As Suella Fernandes perceptively summarised at the recent House of Commons debate on the need for family justice reform:

“A nation is only as strong as the families that create it. A strong family unit of whatever form is where strong citizens are nurtured. That is why it is vital that the family justice system works as well as possible.”

Convicted sexual abuser still has parental responsibility
This site uses cookies. Find out more. Continued use of this site is deemed as consent.   CLOSE ✖