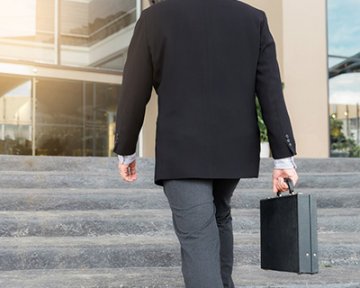 The case of Gray v Work EWHC 834 (Fam), heard in the High Court last March, is a stark reminder that it is exceptionally difficult to argue that an individual’s specific contributions merit an unequal division of assets on divorce.

US businessman Randy Work had been married to Mandy Gray for nearly 20 years when divorce proceedings commenced in 2013. During the marriage, Mr Work amassed a fortune of approximately $300 million.

In deciding financial remedy applications, the court is required to have regard to the contributions each party has made or will make in the foreseeable future to the welfare of the family, as per section 25(2)(f) of the Matrimonial Causes Act 1973. The law recognises that one party may have made a “special contribution” by virtue of their acumen and drive which can impact the division of assets and justify a departure from equality.

Mr Work’s primary case was two-fold; firstly that he and his former wife had a postnuptial agreement in place, and secondly that he had made a special contribution. He argued that Mrs Gray should not be entitled to any of his money or property because she sought a better settlement through the courts than was provided for in the postnuptial agreement. This postnuptial agreement was held neither to be relevant in its terms, nor fair and equitable under the conditions established in Radmacher v Granatino and was therefore disregarded.

In determining whether Mr Work had made a special contribution, Mr Justice Holman referred to the guidelines set out in the cases of Miller and Charman:

Although Mr Work excelled at his job, earning his investors in excess of $7 billion, his contribution was not judged to be unmatched by Mrs Gray. She agreed to follow Mr Work to Japan, in an unfamiliar society and culture where she could not speak the language, and raised the children. Indeed, the fact that Mr Work admitted that if his wife had not agreed to move to Japan he would have gone anyway but they would not have had children emphasised the contribution of Mrs Gray to the family.

However, the order for Mrs Gray to take an equal share of the $300 million is now being appealed by Mr Work. In granting the appeal, Lady Justice King stated that it is arguable that Holman J “erred in his approach” to the special contribution exercise, “in particular in not sufficiently considering the sheer quantum of the product”.

Appeal judges are expected to consider the case at a hearing in February.