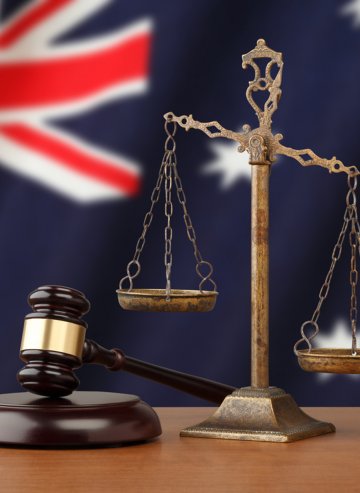 Calls for law reform rang out across much of Australia yesterday as it was revealed that the State of South Australia had refused to recognise the civil marriage of a British man, who died on his honeymoon.

Following his husband David’s death in a freak accident in December, Marco Bulmer-Rizzi was required to put ‘never married’ on his husband’s death certificate.

Despite the pair having married in June 2015 in a civil ceremony in the UK, the state of South Australia not only considers same sex marriage illegal but refuses to recognise legal unions from other countries.

As a consequence Mr Bulmer-Rizzi was informed that all vital decisions about his husband’s funeral and estate would be left to his father, who was himself furious at the way in which his son and husband were treated as "second class citizens". Marco was not recognised as the legal next of kin. Still reeling from the devastating death of his husband, Marco, in an interview, stated that he was made to feel like "nothing" by the South Australian authorities.

Mr Bulmer-Rizzi is now spearheading a call for David Cameron and the Foreign Office to intervene, to ensure that all British marriages are recognised across the globe. This mounting pressure on the government to institute the change is most certainly timely.

Australia is far from the only travel destination which refuses to recognise same-sex marriage. In Europe marriage is defined solely as a union between a man and a woman in the popular holiday destinations of Croatia, Bulgaria, Hungary, Latvia and Slovakia.

The last few years have seen a concerted effort by some members of the EU to require each member legally to recognise each other’s same-sex marriages and unions. This was further strengthened by last year’s EC case Oliari and Others v Italy.

Yet the fact remains that, globally, a wealth of countries and states continue to deny the legal recognition of same-sex marriage. The plight of Mr Bulmer-Rizzi and his family has again brought the disparity in attitudes and laws related to same-sex marriage and unions to the forefront of public discourse and serves as a reminder that a resolution on this matter remains distinctly distant.

Update, 21 January 2016: Marco Bulmer-Rizzi has received a personal apology from Jay Weatherill, premier of South Australia, who promised him that a new death certificate would be issued that acknowledged the marriage. He also promised to change the law to avoid the same situation arising in the future.

Possible online avenues for the Small Claims Court
This site uses cookies. Find out more. Continued use of this site is deemed as consent.   CLOSE ✖