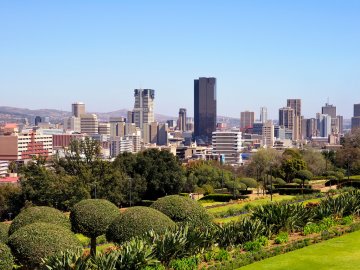 A divorced wife in Pretoria, South Africa is appealing a magistrate’s ruling that she must forfeit part of her claim on matrimonial assets as ‘punishment’ for her infidelity.

The woman, who has not been named in media reports, was ordered to forfeit some of the assets that she and her husband had acquired during the marriage due to her ’substantial misconduct’ in pursuing multiple affairs.

Such an order is possible according to Section 9(1) of the Divorce Act 70 of 1979 in South Africa. This states:

When a decree of divorce is granted on the ground of the irretrievable break-down of marriage the court may make an order that the patrimonial benefits of the marriage be forfeited by one party in favour of the other, either wholly or in part, if the court, having regard to the duration of the marriage, the circumstances which gave rise to the break-down thereof and any substantial misconduct on the part of either of the parties, is satisfied that, if the order for forfeiture is not made, the one party will in relation to the other be unduly benefited.

However, the woman at the centre of this case has been granted the right to appeal against the magistrate’s ruling, meaning that she has secured the first step towards having Section 9(1) and by extension, this ‘punishment’, being deemed unconstitutional.

Her claim that Section 9 is outdated and unconstitutional has been ruled to have merit by two judges of the High Court in Pretoria. Judge Mabel Jansen and acting Judge Ishmael Semenya ruled that the wife must have Justice Minister and Speaker of Parliament as parties to proceedings because without this the court would not have the authority to determine whether sections of the Act were constitutional or otherwise.

Judge Ishmael Semenya found that the magistrate was correct to find the woman guilty of misconduct, but disagreed that this was the sole cause of the breakup, because the husband had resisted the wife’s attempts to reconcile.

Indeed, the husband’s evidence apparently showed that the woman had given up her career in order to care for the family, thus allowing the family to prosper. The magistrate had made the costs order against the woman for punitive reasons.

The couple, from Mpumalanga, had divorced after 26 years of marriage.

Women divorced by Triple Talaq over WhatsApp
This site uses cookies. Find out more. Continued use of this site is deemed as consent.   CLOSE ✖