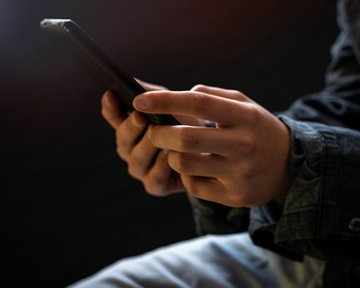 Suspect your partner might be cheating? There’s an app for that. An increase in the number of programs that can be downloaded and used to snoop on someone else’s phone or online activity means that data retrieved via these programs could soon be coming to a court case near you.

Surveillance, monitoring and location tracking apps are now being submitted as evidence in divorce proceedings, and once study found a 75% increase in the submission of evidence from social media over the last 12 months.

The research revealed that Facebook and other social media sites are now used in a third of divorces cases nationwide, with “flirt messages” and pictures retrieved from social media making up the majority of the evidence.

And it’s not just the searches we make or messages we send that can be tracked these days. Smart watches and appliances as well as GPS data from our phones and even cars means that there is almost no aspect of our lives that isn’t monitored in some way. For those who are seeking extra-marital affairs, it’s becoming increasingly difficult to cover their tracks.

While some apps, such as location trackers, have a number of other purposes – such as ensuring children have arrived safely at school – there are others designed with the specific purpose of catching cheats. Qoqoriqo is one such app. It encourages users to submit their partner’s name, email address and telephone number. If another person does the same, you will then receive a notification and be able to confront your partner over their second lover.

This does, of course, rely on a very specific set of circumstances. Other apps act more like spyware, as well as giving users tips and tricks on how to catch their partner outside of the digital world.

However, technology doesn’t discriminate, and as these apps grow in popularity, so do ones claiming to help users keep their affairs secret. These apps either disguise themselves as something innocuous, such as a calculator or stocks app, or they delete messages that have been sent.

While there isn’t currently any legislation regarding the use of data from these apps in divorce cases, as technology develops the law will have to catch up, and snooping on a partner may become more of a legal quagmire as time goes on.

Suspicious spouses should be wary, however. Illicitly accessing another person’s phone or computer, whether physically or via an app, can constitute a criminal offence. In matrimonial proceedings, the case of Imerman made it clear that spouses are entitled to keep things confidential from each other and the court can penalise people who invade that privacy. The use of snooping apps could, additionally, be seen as controlling behaviour and a form of emotional abuse.

Should you have doubts about your partner’s fidelity, Vardags recommend taking legal advice instead of using such methods.

Divorce and similar stressors are not causes of breast cancer, study reveals

Excessive school tuition budget slammed by High Court judge
This site uses cookies. Find out more. Continued use of this site is deemed as consent.   CLOSE ✖