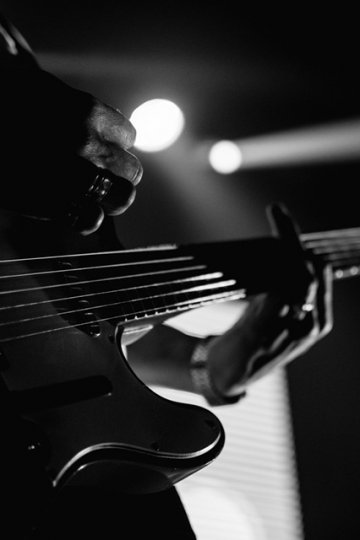 British-American rock star Saul Hudson, known professionally as ’Slash’, has appealed to a judge to confirm that his marriage to Perla Ferrar is invalid, TMZ reports. According to Slash, when he and Ms Ferrar tied the knot in 2001, she was in fact still married to her first husband, thus rendering the latter union null and void.

Ms Ferrar’s alleged bigamy was apparently accidental -she had participated in divorce proceedings with her first husband, but "the necessary forms for a final judgment were never properly filed." This came to light several years ago, when Ms Ferrar and Slash were searching for documents relating to their son’s dual citizenship application. Whilst Ms Ferrar claims that the error was rectified in 2009, when a judge finalised her divorce and made it retroactive to 1994, Slash asserts that her divorce was never finalised.

Slash initially filed for divorce from Ms Ferrar in 2010, citing ’irreconcilable differences’ and requesting joint physical custody of their two sons. However, the Guns N’ Roses guitarist withdrew the divorce petition months later and the pair renewed their wedding vows the following year. However, in December 2014, Slash filed for divorce once again in Los Angeles. As California is a community property state, divorcing couples can expect all assets acquired during the marriage to be divided equally between both parties, unless a prenuptial or postnuptial agreement specifies otherwise.

However, if a marriage is void or voidable, things become a little more complex. According to Californian family law, if a court determines that "either party or both parties believed in good faith that the marriage was valid", it will declare that one, or both, parties have "the status of putative spouse". The putative spouse may then request the division of what would have been community property, had the marriage been valid. Such property is known "quasi-marital property", and is treated much like community property -meaning that even if Ms Ferrar marriage to Slash is considered invalid, she could still be entitled to half the marital claims.

Of course, this is all irrelevant if, as she claims, Ms Ferrar’s first divorce was finalised retroactively. Aside from denying her estranged husband’s allegations, Ms Ferrar has also spoken out about the "hurtful" nature of his claims, which she deemed "very disrepectful to our children".

Vardags' client secures England's largest ever Part III award
This site uses cookies. Find out more. Continued use of this site is deemed as consent.   CLOSE ✖